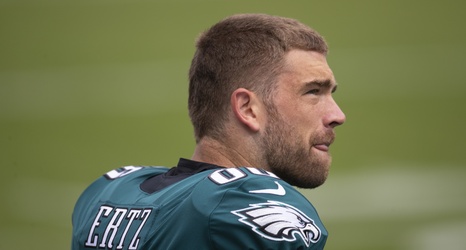 A recent Philadelphia Eagles acquisition could mean 86’s time in Philly is ending.

Once upon a time, it seemed as though there was no way that Zach Ertz wouldn’t wind up as the Philadelphia Eagles‘ all-time leader in both receptions and receiving yards. Heading into the 2020 season, 86 was in a stone’s throw of capsizing a record that had long been held by Philly’s most recent Pro Football Hall of Fame inductee Harold Carmichael. All that needed to happen, seemingly, was that Ertz would have another of those great seasons Birds fans have come to expect from the greatest tight end in franchise history.