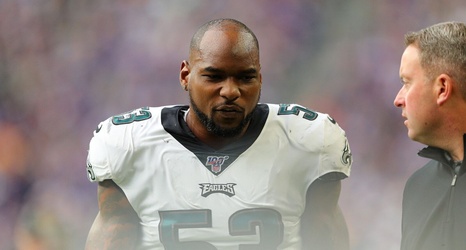 The words ‘football is a business’ have been uttered so many times that, at this point, restating that almost feels like an act of redundancy. Still, even with the being said, those words are just s accurate now as they were the first time that they were stated. Come March, the Philadelphia Eagles have a ton of roster decisions to make, one of which will be what to do with linebacker Nigel Bradham.

Since his arrival in 2016, Bradham’s done everything this team could have asked of him and more. When the curtain closed on the 2019-2020 season, he had played in and started 64 games as an Eagle, including the playoffs.