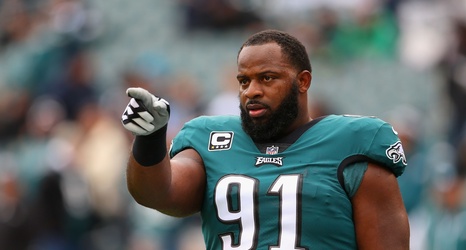 Sometimes, the best-laid plans go astray. That’s true in the NCAA and in the NFL. Nothing went as it should during the 2019-2020 season for the Philadelphia Eagles. Sure, the stars like Carson Wentz and Fletcher Cox did all that they could, but the injuries eventually caught up with them. In the long run, those injuries short-circuited a very promising season.

Among the most devastating was Philly losing one of their prized acquisitions, defensive tackle Malik Jackson. That meant Timmy Jernigan, who was signed on a one-year deal would need to step up from his original role, a key piece in a nice rotation, to being one of the starters.