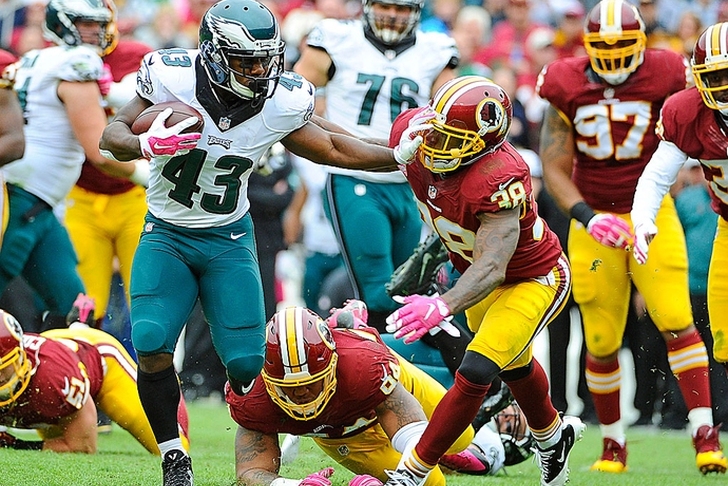 Neither the Washington Redskins (7-7) or the Philadelphia Eagles (6-8) has winning records with just two games remaining on the schedule, but the winner of this game will have the inside track in the division and making the playoffs. So who picks up the win tonight? Here's our preview and prediction.

What's At Stake:
Everything. If Washington wins, they'll clinch the NFC East and a spot in the playoffs, while the Eagles would be officially elimination from postseason contention. If Philadelphia wins, they'll move into first place in the division.

What They're Saying About The Washington Redskins:
Redskins Prep For Streaky Sam Bradford
After Washington teammates call him out, Preston Smith responds
2015 Season 'A Different Vibe' Than 2012 Run

What They're Saying About The Philadelphia Eagles:
Here's what the Eagles need to do beat the Redskins and keep their season alive
Big test awaits quarterback Sam Bradford against Redskins
Eagles need more production from rookie wideout Nelson Agholor

Key To The Game:
Can Kirk Cousins take care of the ball. He has thrown at least one interception in each of Washington's six road games, including three where he threw two. As a result, the Redskins are just 1-5 on the road this year - a trend they're desperately hoping to buck in Philadelphia. Cousins doesn't have to be spectacular for Washington to win this game, but he can't give the Eagles extra opportunities by throwing interceptions.

Prediction: Eagles Win 24-20
I expect to see a somewhat sloppy game between these two rivals and it will stay close throughout, but Washington's road woes will catch up with them in the second half against a desperate Eagles team.