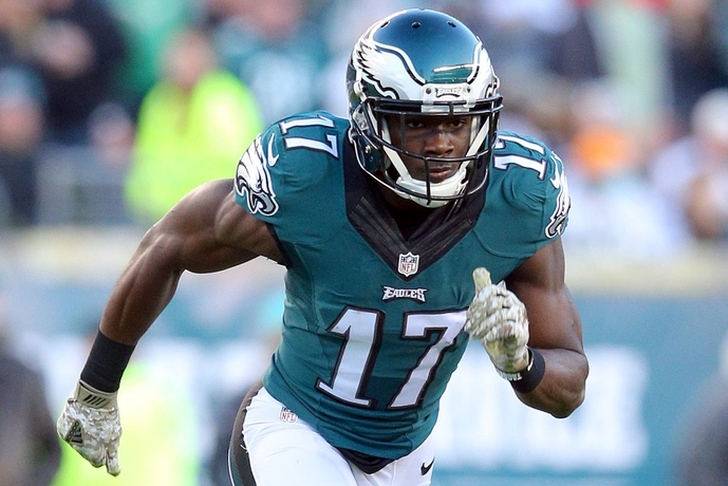 The other two Eagles at the club with Agholor were Connor Barwin and Fletcher Cox. Barwin said he left before the alleged incident.

"There was an allegation made against one of the [Eagles] players of a sexual assault that was reported by one of the female dancers," Police Commissioner Richard Ross told Philadelphia Magazine. "Our Special Victims Unit is actively running on the investigation."

Ross said the police are looking for the video footage from the club. Agholor has not yet spoken to police, but should shortly. He has yet to be charged with any crime.

Agholor and two other Eagles allegedly visited Cheerleader's Gentlemen's Club, which is just a few minutes away from the team's practice complex. The names of the two other Eagles are not yet known. The 27-year-old dancer told police that Agholor raped her inside the club around 3 p.m. Thursday. The Eagles are aware of the accusation.

"We are aware of the police investigation involving Nelson Agholor,” Derek Boyko, a spokesman for the Eagles said. "The organization has been in contact with Nelson and with the proper authorities in Philadelphia. Because of the legal nature of this matter, we will have no further comment."

Agholor's agent did not respond to Philadelphia Magazine's request for comment. Cheerleader's Gentlemen's club owner and attorney said they weren't aware of the accusation.

Agholor was the team's first round draft pick last year out of USC. He caught 23 passes for 283 yards and one touchdown last season.

This is a developing story. Refresh for updates, as they become available.