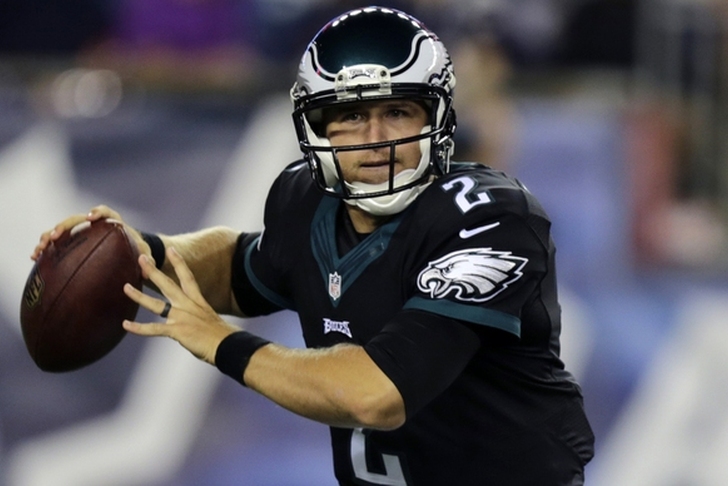 The Philadelphia Eagles had quite the competition going for their 3rd quarterback spot, with former USC quarterback Matt Barkley and Tim Tebow battling it out for the emergency QB role.

It appears Tebow has won that skirmish with Barkley now on his way to the Arizona Cardinals for a conditional draft pick.

Via Adam Schefter of ESPN:

Cardinals agreed to trade conditional 7th-rd pick to Eagles for Matt Barkley, per source. Eagles get pick if Barkley on roster for 6 games.

Tebow may not be out of the woods just yet. Sources around the Philadelphia Eagles have indicated that Chip Kelly is at least considering the possibility of keeping just two quarterbacks (Sam Bradford, Mark Sanchez) on the roster.

However, the former Denver Broncos QB and cult hero made a convincing case for himself in the team's preseason finale against the New York Jets, going 11-for-17 for 189 yards and two touchdowns against just one interception. He added four carries for 32 yards.

Barkley on the other hand was spotty all preseason long and will now slot behind Carson Palmer and Drew Stanton on the Cardinals' QB depth chart for 2015.