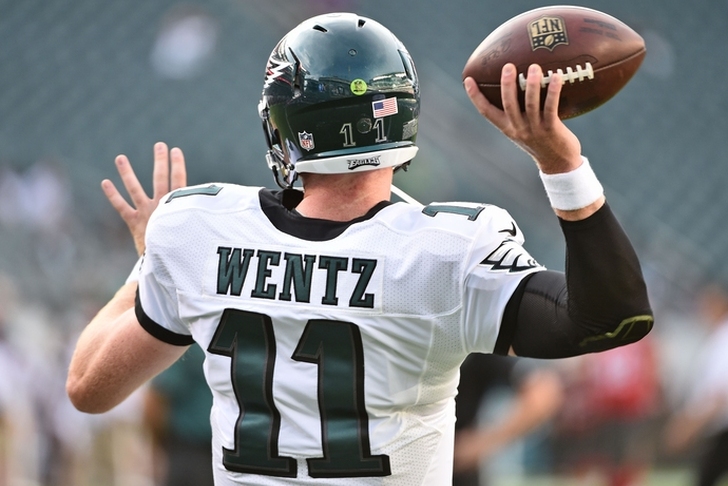 When the Philadelphia Eagles traded Sam Bradford, their starting quarterback, to the Vikings the assumption was that backup Chase Daniel would take over the starting role. However, that is not the case.

The Eagles plan to start rookie Carson Wentz in the season opener against the Cleveland Browns, according to ESPN's Adam Caplan.

#Eagles are planning on starting Carson Wentz against the visiting #Browns if he's recovered enough from his rib injury, sources said.

Wentz, the No. 2 pick in this summer's NFL Draft, suffered a hairline fracture in his ribs in the first preseason game and has not taken a snap since.

The Eagles had expressed interest in essentially "redshirting" him this year and keeping him out of every game, but now they appear to be so impressed him with that they want him to take the reins.