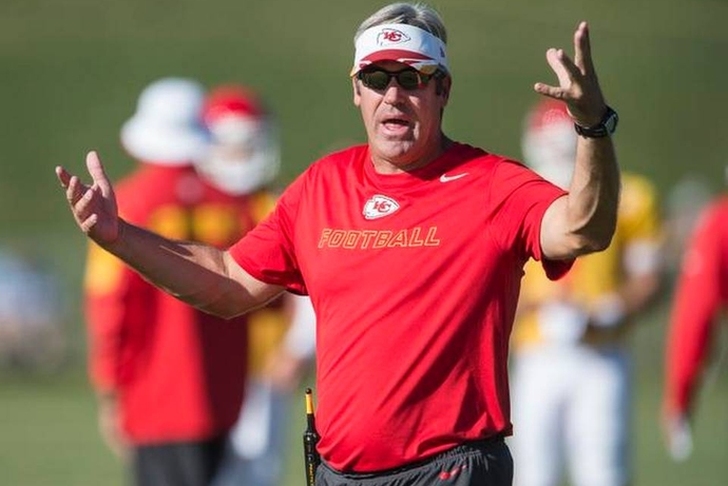 The Philadelphia Eagles have reportedly found their next head coach, as Kansas City Chiefs offensive coordinator Doug Pederson is expected to take over in Philly.

Per Les Bowen of the Philadelphia Daily News:

Doug Pederson will be the #Eagles coach, league source confirms.

Pederson’s still busy coaching the Chiefs' offense in the NFL Playoffs, but the Eagles officially announced that their interview process has concluded after word leaked out about the Pederson hire -- neither officially confirming or denying Bowen's report.

"We have concluded our search for a head coach," a team statement said. "No further interviews are scheduled.”

A friend of Kansas City Chiefs head coach Andy Reid from their time in Green Bay, Reid signed Pederson to a one-year deal with the Eagles in 1999. He started nine games, winning two before Donovan McNabb took over. Pederson would move on and become Brett Favre's backup in Green Bay through 2004.

After coaching in Louisiana at the prep level, Pederson joined Andy Reid's Eagles staff as a quality-control assistant in 2009. He was promoted to quarterbacks coach in 2011, holding that job until Reid and his staff were axed after the 2012 season.

The 47-year-old Bellingham, Washington native followed Reid to Kansas City -- serving as offensive coordinator for the Chiefs over the past three seasons. Kansas City finished just 27th in total offense during the 2015 regular season, but did rank ninth in total points scored.

The news of Pederson's hire comes hours after former New York Giants head coach Tom Coughlin announced he was out of the running for the job.