Ranking The 5 Hardest Games On The Philadelphia Eagles’ 2018 Schedule 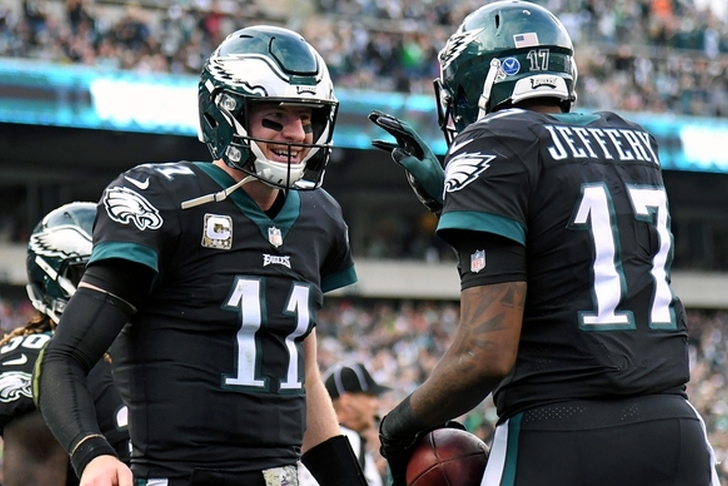 The Philadelphia Eagles are entering the 2018 season as defending Super Bowl champions for the first time ever. This team appears to have only gotten better during the offseason and many expect them to repeat, but they are also facing one of the toughest schedules in the league. These are the five toughest games the Eagles will play this season:

5) vs. Minnesota Vikings - Week 5
Can I interest you in a rematch of last season's NFC Championship Game? The Vikings are a team that does not appear to have any real weaknesses as long as they are healthy, but their ceiling will be determined by how well Kirk Cousins plays.

4) vs. Atlanta Falcons - Week 1
The Falcons may be one of the most complete teams in the NFL and really tested the Eagles in the playoffs last season. In fact, it was the toughest game the Eagles had in the postseason outside of the Super Bowl. Being in Philly will be a major advantage for them but this will be a great season-opener.

3) at Jacksonville Jaguars - Week 8
Jacksonville is expected to build on their run to the AFC Championship Game next season and, if they get quality quarterback play out of Blake Bortles, may be the best team in the league. Carson Wentz and Philadelphia's offensive line will be tested by that vaunted secondary and pass rush.

2) at New Orleans Saints - Week 11
The Saints were a miracle play away from going to the NFC Championship Game and will be just as good in 2018. Quarterback Drew Brees broke the NFL completion record this past season, completing an incredible 72% of his passes, yet New Orleans' strength was its ground game as Saints running backs Alvin Kamara and Mark Ingram each totaled over 1,500 total yards of offense.

1) at Los Angeles Rams - Week 15
The Rams had the league's best offense in 2017 and should be just as good in their second year under head coach Sean McVay. Todd Gurley is one of the best players in the NFL and LA's high-flying passing attack should test an Eagles secondary that was the Philadelphia's most vulnerable unit last season. Remember, Carson Wentz also got hurt in this game last season.