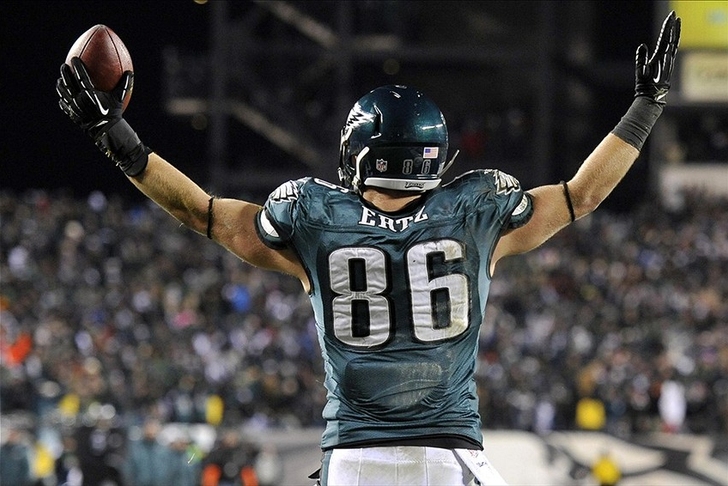 Last year, the Eagles had five players travel to Arizona to participate in the 2015 Pro Bowl, tied for third among NFL teams behind Denver (9) and Dallas (6). The year before that former Eagles quarterback Nick Foles won the Pro Bowl MVP. The Eagles definitely have had a lot of Pro Bowl appearances in the past with LeSean McCoy, Desean Jackson, Trent Cole, Jeremy Maclin, Evan Mathis, and a lot more, but with their departures this offseason it is unknown who will step up and earn a spot on the 2016 Pro Bowl roster. While training camp hasn’t even started, and there are still various question marks, here are my predictions for potential Pro Bowlers on the Eagles next year.

Voted as the 40th best player by his peers in NFL’s ‘Top 100 Players of 2015,’ the 12 year veteran is very familiar with the Pro Bowl. During his career, Peters has made the Pro Bowl in nearly half of his seasons, with five appearances. Peters is one of the best and most consistent offensive linemen in the NFL. In 1,168 snaps played, Peters was the best graded Offensive Tackle by Pro Football Focus. He allowed only four sacks, four QB hits, and only seventeen hurries. Expect Peters to continue his success in the NFL, providing space needed for Sam Bradford (or Mark Sanchez) to succeed in the Eagles offense.

Like Peters, Barwin was voted as one of the top 100 players in the NFL, placing 58th. Barwin, who made his first Pro Bowl and was second team All-Pro last year, sacked the opposing quarterback 14.5 times, fourth in the NFL. Expect Barwin to continue pressuring the quarterback with newly acquired MLB Kiko Alonso. Barwin should make the Pro Bowl for the second straight year, while helping the Eagles defense reshape into becoming elite.

Jason Kelce made his first Pro Bowl last year. The former sixth round draft pick was graded the 8th best center, only allowing two sacks, three hits, and eight hurries. The Eagles failed to draft offensive lineman in the draft, and with the recent release of All-Pro guard Evan Mathis, Kelce and the rest of the offensive linemen will need to step up. Expect Kelce to keep on performing well and creating time in the pocket.

Kiko Alonso: Acquired in the trade that send LeSean McCoy to Buffalo, Kiko Alonso is one of the newest Eagles. Alonso missed last years season with a torn ACL, but that won't stop him from continuing his success from 2013. During a fantastic rookie season, Alonso finished with 159 total tackles, two sacks, four interceptions, four passes deflected, and a forced fumble. Alonso should play well with his old college coach Chip Kelly. Expect him to start right where he left off in 2013, making his first Pro Bowl.

Demarco Murray: The reigning AP offensive player of the year with the NFL rushing title recently signed with the Eagles. The All-Pro running back has been in two Pro Bowls in his career. In a career year last year, Murray finished with 1,845 yards and 13 touchdowns on 392 attempts. His huge success should transfer over to Philly, with his ability to run through and around a defender. Although Murray will lose some production with a crowded backfield containing Darren Sproles and Ryan Mathews, he should still see himself playing in the Pro Bowl.