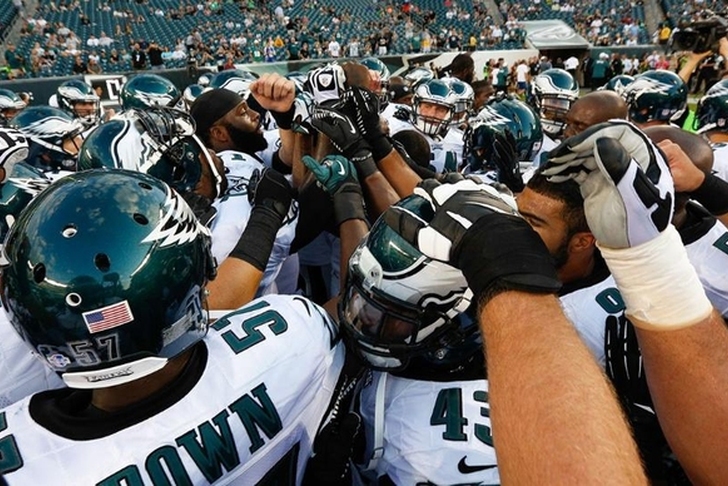 With training camp starting, it is officially football season. The preseason is just around the corner and the schedule has been out for months, leaving Eagles fans eager to see their team in action. The Eagles' roster has changed drastically throughout the offseason, and their destiny is still unknown, but we do know who their opponents are. Below are the three easiest and hardest games the Eagles will play this season.

Although the Jets did make a splash in free agency by signing Pro Bowlers Darrelle Revis and Antonio Cromartie, they will still be an easy matchup for the Eagles. Sheldon Richardson will not play due to his suspension, which will help the trio of running backs dominate the game. Along with that, the Jets' offense is lacking a quarterback and a solid receiving core, giving the Eagles defense a break.  Chip Kelly and his Eagles will come home from New York with a win and a smile on their face.

With what will most likely be a must win game, the Eagles simply will not lose at home against the Redskins.  The Redskins likely will be playing for nothing, with no playoff intentions while the Eagles will be fighting for the NFC East title.  Chip Kelly and the Eagles have much more talent, depth, and consistency for the Redskins to upset them.  The Eagles will not repeat the disaster last year in the loss to Washington which deflated their playoff intentions and will surely win the game.

The Bucs were the worst team in the NFL last year. Their young offense featuring first overall pick Jameis Winston and second year Mike Evans will scare the Eagles defense, but they are too talented to perform poorly against the Buccaneers, whose offense  ranked 25th and defense ranked 31st in the NFL last year.  Demarco Murray, Ryan Mathews, and Darren Sproles will run all over the buccaneers, leading the Eagles to an easy victory.

The Cardinals defense is too talented for Sam Bradford (or Mark Sanchez) to easily throw against them. Patrick Peterson, Tyrann Mathieu, and Calais Campbell are elite playmakers who will dominate the game.  Offensively, they are not as strong but will be able to move the ball against the Eagles' defense with Carson Palmer under center.  It will be a close game, but in the end, the Cardinals should win.

The Eagles do have a legitimate chance to steal a win in Dallas, but it is unlikely.  Tony Romo and Dez Byant are too strong for the Eagles defense, despite the fact that the Cowboys do not have a strong starter at running back. With the best offensive line in the league, even Joseph Randle can run for 100 yards against the Eagles.  Along with that, Pro Bowler Greg Hardy will be facing off with an Eagles O-line with question marks at gaurd.  Romo will lead the way to victory in a home win against the Eagles.

This game is the most predictable by far.  The Eagles will be traveling to Foxborough to face off against arguably the best quarterback ever. Even at 38, Tom Brady is able to throw for 400 against the Eagles.  Kiko Alonso will have trouble gaurding Rob Gronkowski, who is almost ungaurdable.  The Eagles offense will not have trouble putting points on the board, but they will have an awfully hard time keeping the Patriots from scoring.