Philadelphia Eagles: The Good, The Bad, And The Ugly From Last Night's Loss 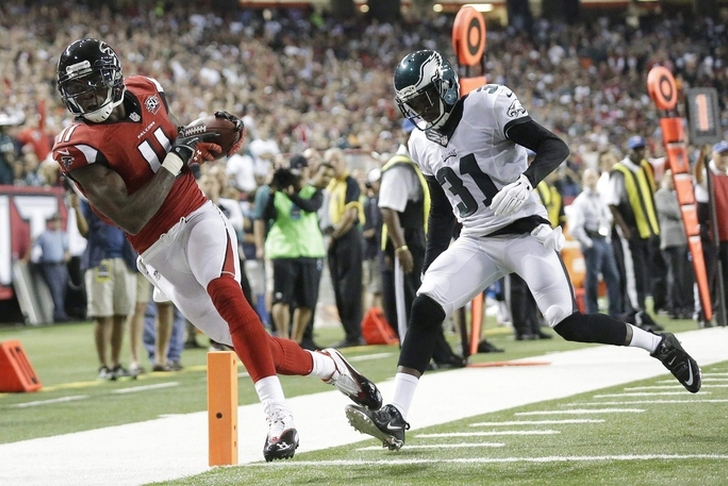 Last night, the Eagles lost a game that most predicted to be an easy win. Dan Quinn and the Falcons started out strong with a 20-3 lead at half. Julio Jones was unstoppable, while the Eagles were very stoppable. The one flash of success was Kiko Alonso's Odell Beckham Junior-esque interception, saving a touchdown. Once the second half began, Bradford and the Eagles woke up and came back due to Walter Thurmond's interception. Towards the end of the game, Cody Parkey missed a 44 yard field goal to take the lead, and Jordan Matthews dropped a pass that was intercepted to end the game. The Eagles did not play well, but there were flashes of dominance. Below is the good, the bad, and the ugly from last night's loss.

After a bad first half, Sam Bradford finished 36 for 52, for 336 yards and a touchdown. He threw two interceptions, but one was after a drop by Jordan Mathews. He looked like the player he was in college in the second half, even though they lost.

Darren Sproles continued to be the reliable late game guy to give the ball to every time. He simply makes plays. Sproles finished with 5 carries for 50 yards and 7 receptions for 76 yards. He will probably continue to perform every game like he normally does.

Kiko Alonso showed why Chip Kelly traded LeSean McCoy for him. He not only saved a touchdown with a remarkable interception, he finished with 6 tackles. Kendricks finished with 10 total tackles, proving the Eagles have a very good, young inside linebacker duo.

The Eagles commited 10 penalties for 88 yards on some game changing plays including a Jason Kelce penalty on a long Ryan Mathews catch and run. This made the game extremely frustrating and needs to be improved.

Parkey missed a potential game winning 44 yard field goal last night, which will cause some fans to worry. Parkey was out all preseason with a groin injury, so that could be the reason for the miss. Parkey said he missed it simply because he is human. Either way, it was not a good moment for him last night.

Byron Maxwell played horrendous last night. Every time he gaurded Julio, he got beat. This shouldn't be too alarming because Julio may be the best receiver in the league, but even 33 year old Roddy White beat him a few times. Fans should hope this situation does not turn out to be like Nnamdi Asamoah, a big money signing who ended up ruining his career in Philly. It is still too early to panic, but he did look awful last night.

The Eagles were expected to run the ball the whole game last night with the best backfield in the NFL. Demarco Murray, Darren Sproels, and Ryan Mathews combined for 16 attempts for 63 yards. Demarco Murray finished with 9 yards and rarely got any space to run. The offensive line did not look as good either, allowing defenders to disrupt the backfield.