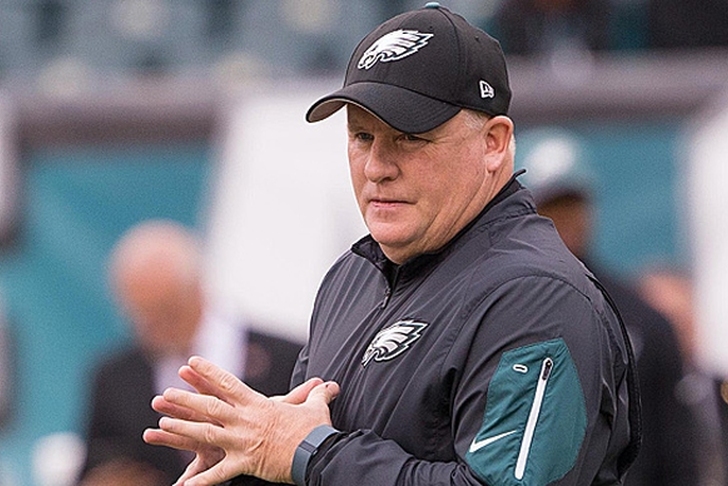 Philadelphia Eagles head coach Chip Kelly has been under major fire all season given Philly's disappointing 4-7 records and numerous reports that he's lost the team. While he's not expected to be back with the team next year, Ian Rapoport of NFL Media said “not rule out a trade” of Kelly to the Tennessee Titans, where his former college quarterback Marcus Mariota is playing.

“The atmosphere in Philly could be pretty explosive,” Rapoport said, via 97.5 The Fanatic. “It’s gotten pretty hot recently. Chip may decide on his own.”

Rapoport also mentions that the atmosphere in Philadelphia has "gotten pretty hot recently.” He suggests that the Titans would send a first-round pick to the Eagles for Kelly in the trade.

Tennessee fired head coach Ken Whisenhunt earlier this season, and there has been speculation since then that Kelly could join the Titans next year. Kelly has said that Mariota is 'the perfect quarterback" for his offensive system, and nearly made a several draft day trades to move up to draft him.

A first-round draft pick is obviously a lot to give up for a coach, though Kelly did go 10-6 in each of the past two seasons. It's also unclear if Eagles owner Jeffery Lurie would part ways with Kelly after giving him full personnel control just last year.