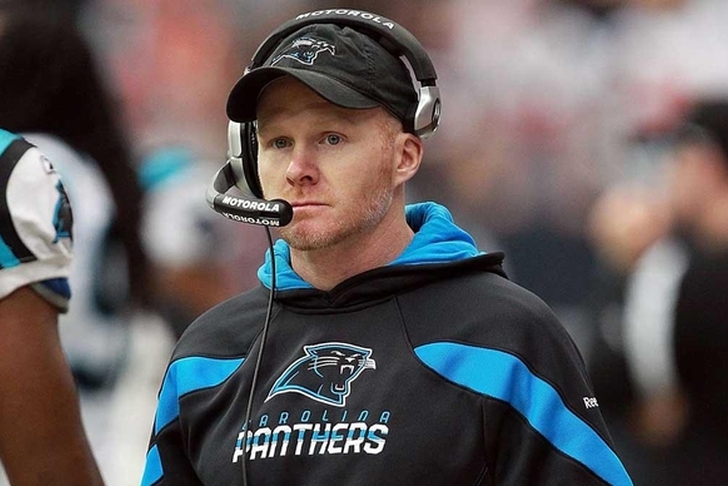 Carolina Panthers defensive coordinator Sean McDermott is one of the hottest names on the NFL head coaching interview circuit right now, with four straight top-ten defensive rankings to his credit.

McDermott told the Charlotte Observer that he's willing to talk to teams that might be interested in hiring him as a head coach this week, considering that the Panthers have a first-round bye in the upcoming NFC Playoffs.

One job on McDermott's radar right now is the Philadelphia Eagles' vacancy. McDermott spent 1999-2010 in the Eagles organization, serving as a secondary coach/defensive coordinator in the last two years of his stay.

McDermott joined Anthony Gargano of 97.5 The Fan on Tuesday in Philly, praising the Eagles organization and the city of Philadelphia -- perhaps angling for a return to the organization where he got his big NFL break.

“I love the Philadelphia area, and quite honestly, it’s been tough to watch the last several years having grown up in the area and worked there for 12 years,” McDermott said to Gargano, adding that he has respect for the  Eagles’ fan base for being genuine and that the team’s practice facilities are top notch.

McDermott added that he'd "love to see the Eagles recapture the magic, so to speak." With the way Philadelphia's defense struggled in 2015, he seems to be positing himself as the solution to get the ball rolling that way. After the Eagles failed to get over the hump with an offense-first coach in Chip Kelly, McDermott may well be the best fit going forward.