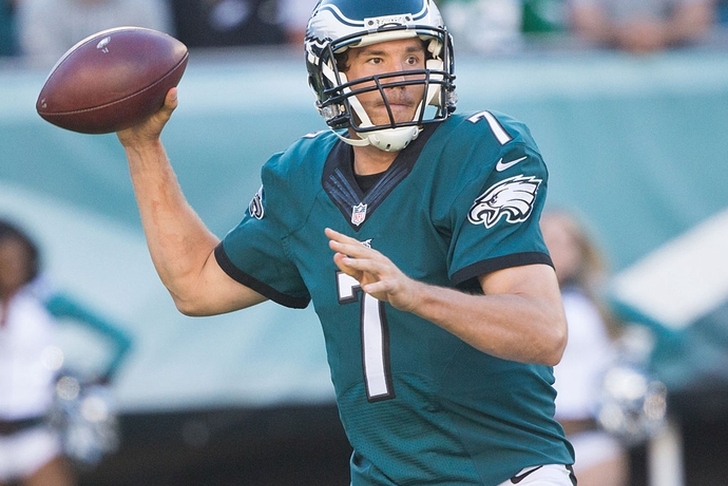 The 2-3 Philadelphia Eagles host the 3-2 New York Giants, in a battle of NFC East foes. The Eagles are still searching for their first NFC East win, while the Giants are looking for their second division win and fourth straight victory this season. So who will come out on top? Here's our preview and prediction.

The Cowboys are reeling with Tony Romo out and this NFC East matchup could have major implications as to which team is the front-runner. The Giants are in first place in the NFC East right now, but the Eagles could tie for the division lead with a win tonight. This game won't make-or-break anyone's season, but it will have a substantial impact on the division.

What They're Saying About The Philadelphia Eagles:

A Must-Win For Eagles And Chip Kelly

5 Players To Watch For The Eagles

What They'e Saying About The New York Giants:

Do The Giants Have The Best Interior OL In NFL?

Which defense will step up? The Giants have the 32nd ranked passing defense, while the Eagles aren't much better at 26th. Eli Manning has proven he can sling it around the field, something Sam Bradford has yet to prove he can do consistently this season. Of course, both teams need some resemblance of a running game, too. Which ever defense can force a few punts or turnovers will have a big advantage.

It's a shootout, as neither defense really steps up. The Eagles get decent play from their running game, something the Giants fail to produce. Both QBs throw it a ton, but the Eagles force a few Manning turnovers to pick up a needed win. Bradford has a monster game, as does WR Jordan Matthews.