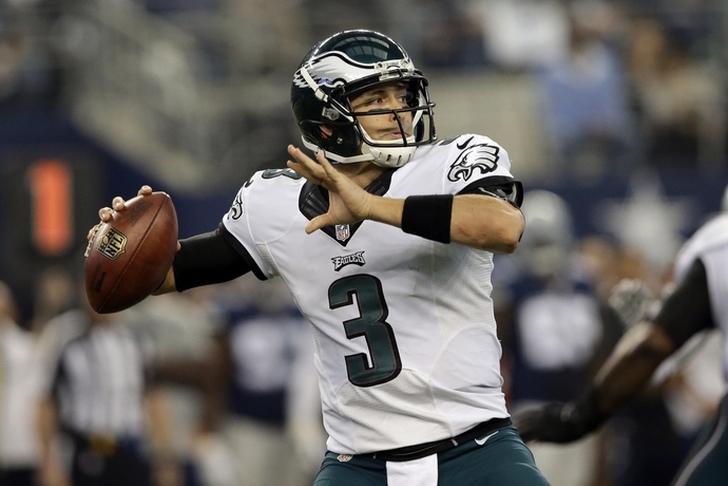 NFL Free Agency is officially here, and the next few days will feature several Philadelphia Eagles rumors. The Eagles have been one of the most active teams so far, and they might not be done yet. With that in mind, here are all of the interesting rumors and news tidbits on the Eagles.

The pick will be in the 2017 draft and is based on playing time and production. It's based in the seventh round, although it could be higher if Sanchez meets the conditions. The Eagles had no need for Sanchez with Sam Bradford and Chase Daniel on the roster. It also saves the team $4.5 million in cap space.

Eagles Looking At Andre Holmes?
CSN Philly reports the Eagles are interested in adding former Oakland Raiders WR Andre Holmes. The 27-year old WR has played with the Cowboys, Patriots and Vikings before sticking with the Raiders. Holmes was pushed down the depth chart in Oakland because of the presence of Amari Cooper and Michael Crabtree. At 6-foot-4, he'd give the Eagles another large, red zone threat.

Compensation For Murray Trade
The Eagles traded DeMarco Murray earlier this week, and the exact compensation for Murray is now in.

With compensatory picks now in, #Titans gave #Eagles pick No. 100 for DeMarco Murray and pick No. 113.

The Eagles aren't getting much in the trade, but moving Murray's contract was the main goal in the move.

Eagles Cut Brandon Bair
The Eagles announced that they released DE Brandon Bair Friday. It's yet another example of the Eagles cutting Chip Kelly players, as Bair played for Kelly at Oregon. The 3-4 DE wasn't going to be a fit in the team's new 4-3 scheme anyway.

Follow our Philadelphia Eagles team page for all the latest Eagles Rumors!