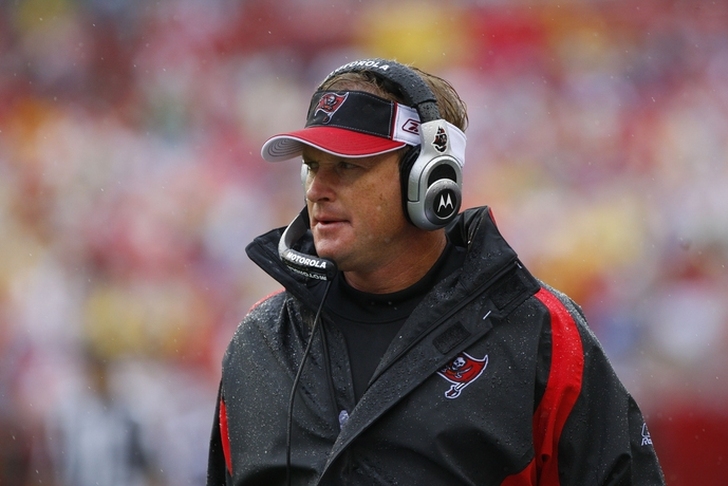 The Philadelphia Eagles are searching for a replacement for fired head coach Chip Kelly and one former NFL coach may have interest in the Eagles job.

According to the Philadelphia Daily News, Jon Gruden has expressed interest in the position. Here's what Paul Domowitch is reporting.

"Gruden is doing his biennial return-to-coaching tire-kicking. Whether he's serious this time or just needs his ego massaged still is unclear. But a league source told the Daily News that he has informed [owner Jeffrey] Lurie, through an intermediary, that he is interested in the Eagles' head-coaching job."

The Daily News reports Lurie is worried Gruden won't get along with Howie Roseman, an issue he already went through with Chip Kelly. Gruden has told people working with Roseman won't be an issue.

However, Howard Eskin reports Gruden isn't interested in the job.

Gruden was the Eagles offensive coordinator from 1997-98. He's currently working for ESPN as a color commentator, a job he very much likes.