Here Are All Of The Eagles' Undrafted Free Agent Signings 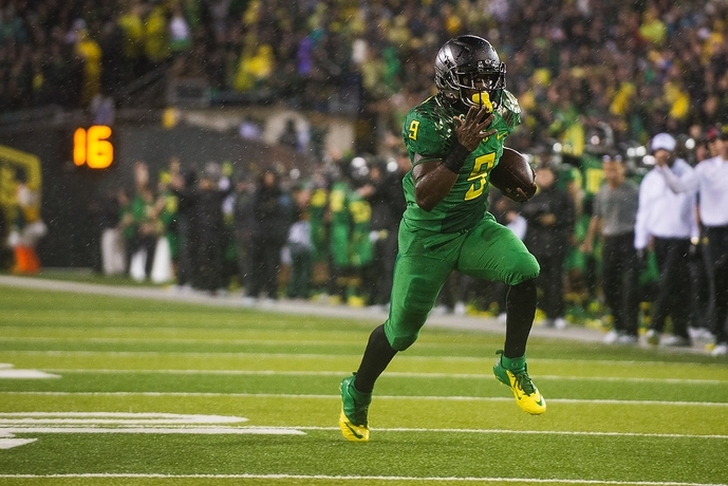 The 2016 NFL Draft is complete and the Philadelphia Eagles are already hard at working trying to land a few coveted undrafted free agents. NFL teams start trying to sign these UDFAs the second the draft ends, although the moves won't officially be announced for a few days.

These signings are all just reports at the moment, as the Eagles haven't officially announced the moves. We have every player the Eagles have reportedly signed below. We've also included a brief write-up about the more notable additions.

If the Eagles don't end up with the best UDFA class, they'll at least have the best collection of names. The Eagles added 16 players, including a few with intriguing potential on the offensive side.

Byron Marshall is a former Chip Kelly player, and although the Eagles have tried to distance themselves from Kelly, Marshall is a really good addition. It's a bit of a surprise he wasn't at least a late Day 3 pick. He's undersized, but is a jack of all trades as a WR, RB and return man. There's an ankle injury that could have helped contribute to his fall, but if he makes plays like he did at Oregon, he's worth a roster spot.

A pair of WRs, Jones and Johnson are interesting. The Eagles are a bit thin at the position, and need more depth. Jones has great size, but lacks speed. He could develop into a possesion and red zone option if he adds bulk. Johnson was productive for a bad Texas offense, but doesn't have the raw abilities some other WRs do.