Here Are 3 Philadelphia Eagles Veterans On The Roster Bubble 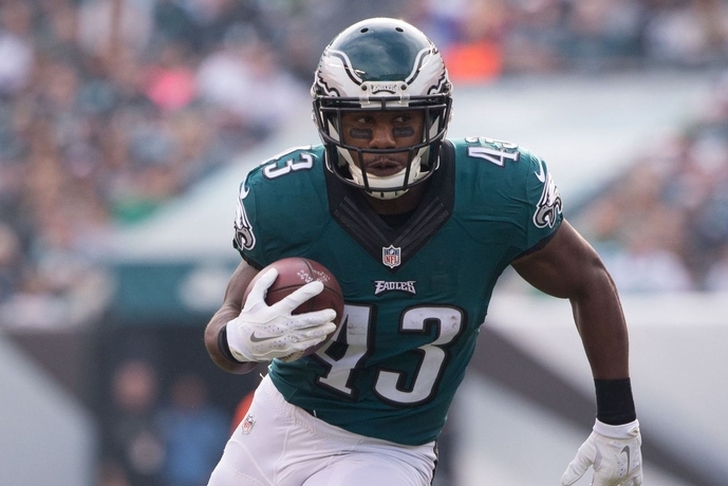 Each year, several veterans end up getting cut or traded by their teams before the start of the regular season, and that will be the case again this season for Philadelphia Eagles. They expect to take a leap forward and make the playoffs, and could pick youth over experience at a few spots on the roster.

There are a few veterans who might end up not being on the Eagles' roster at the start of the season. That could come via a trade, or more likely, a release. With that in mind, here are three veterans who are on the bubble to make the team.

It's obvious what Sproles brings to the table, but there are also a lot of factors working against him. Not only is he 33 years old - suggesting his performance will start dropping sooner rather than later - but he has the highest cap hit among running backs on Philadelphia's roster ($4.5 million). Plus, they believe they drafted his eventual replacement in Wendell Smallwood. Philadelphia is already trying to trade him, but if they can't, the Eagles may make the decision to cut Sproles and save themselves $3.6 million.

The 34-year-old Peters has been a mainstay along the Eagles' offensive line, but with his injury history, diminishing play, and massive cap hit, it may be time to cut ties with him. Lane Johnson was drafted to eventually replace Peters on the left side, and it seems time for him to take over. Plus, Philadelphia can free up $8.3 million in cap space this season by letting Peters go - along with nearly $20 million over the next two years.

It's strange to consider a player who started all 16 games last season to be "on the bubble" for a roster spot this year, but that's the case with Barbre. Free agent signing Stefen Wisniewski and third-round pick Isaac Seumalo were brought in to compete for Barbre's starting spot. If he loses it to either player in training camp, Philadelphia is highly unlikely to keep him on the roster as a backup when they can save $1.95 million by cutting him.