Eagles Week 1 Outlook: 5 Things To Look For Against The Falcons 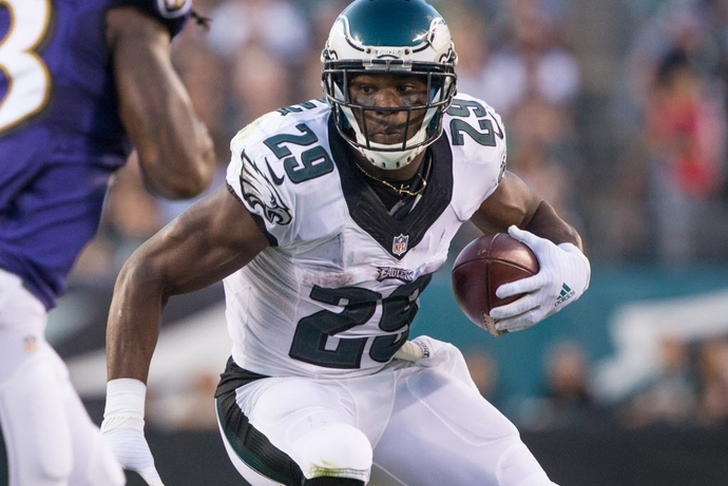 The Philadelphia Eagles will hit the road to face the Atlanta Falcons in their season opener on Monday night, and the Eagles are hoping to get off to a good start after missing out on the postseason last year. Here are five things to look for in the matchup:

5) What will we see from the revamped linebacking core?

The LeSean McCoy trade brought former Bills LB Kiko Alonso to the Eagles, and while he missed all of 2014 with a torn ACL, he was one of the best MLBs in 2013. DeMeco Ryans is trying to comeback after an Achilles rupture, and third round pick Jordan Hicks gives them depth. If everyone stays healthy, the Eagles will be much better than last year at linebacker.

4) How much better is the secondary?

After the Eagles ranked near the bottom on the NFL in passing defense, they got rid of starters Nate Allen, Cary Williams and Bradley Fletcher. Walter Thurmond will take over at safety and the Eagles paid Byron Maxwell big bucks to start at corner. Eric Rowe, Nolan Carroll or Jaylen Watkins could replace Williams.

2) How will DeMarco Murray do?

DeMarco Murray is coming off his best season ever with the Dallas Cowboys while leading the league in rushing, and is a better fit for Kelly's spread offense. He should have plenty of room to run, but Philadelphia needs him to produce at a high level to replace LeSean McCoy.

1) How will Sam Bradford look?

Bradford is coming off of two ACL tears, but when he’s healthy, he’s been a good QB in the league. He threw for over 3,700 yards and 21 touchdowns in 2012 and has shown he can break apart a NFL defense. As long as he stays healthy, Bradford will be the best quarterback the Eagles have had under Chip Kelly.