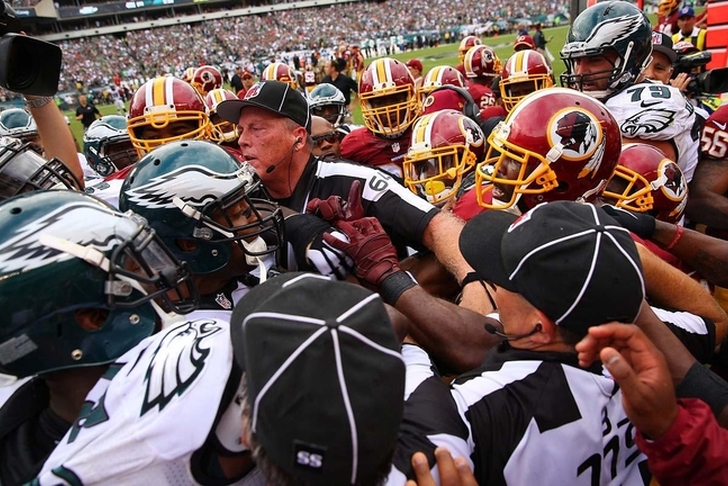 The Eagles travel to Washington for a game that is a must win. At 1-2, they still have a chance to win the division and a loss to the Redskins would not be ideal. Although the Eagles are the favorites in this game, they may still come out with a loss. Sam Bradford looked rusty last game, with an underthrow to a wide-open Nelson Agholor on two separate plays. On the bright side, the offensive line improved and the run game was incredible. Rookies Jordan Hicks and Eric Rowe showed glimpses of potential during an impressive game for the both of them. If this play continues, the Eagles should win. Here are my predictions for the Eagles-Redskins game.

The Eagles are averaging just under 20 points this season, but should score more against a sub-par Redskins defense. With DeMarco Murray back and a totally rebuilt secondary from last year, the Eagles should steal a win in Washington. Falling back to 1-3 this season would be a huge hit to playoff hopes. On the Redskins side, Desean Jackson will not be playing against his former team, so they will have little to no true offensive threats.

Bradford has not thrown the ball relatively well, but should have his best game as an Eagle this week. The Redskins have allowed a little over 200 passing yards a game, but Bradford should be able to find wholes in the secondary.

Rushing yards: DeMarco Murray - 15 attempts for 60 yards and a touchdown.

DeMarco has also yet to have a good game as an Eagle, and should have a good game. Although the Redskins only give up 75 rushing yards a game, DeMarco should show glimpses of last years success. It is not a good thing that 60 yards would be considered a good game for him, but any positive gain is considered a success for him.

Reed has 19 receptions for 241 this season, averaging 80 yards per game. He has grown to be one of Kirk Cousin's primary targets, who will succeed yet again.