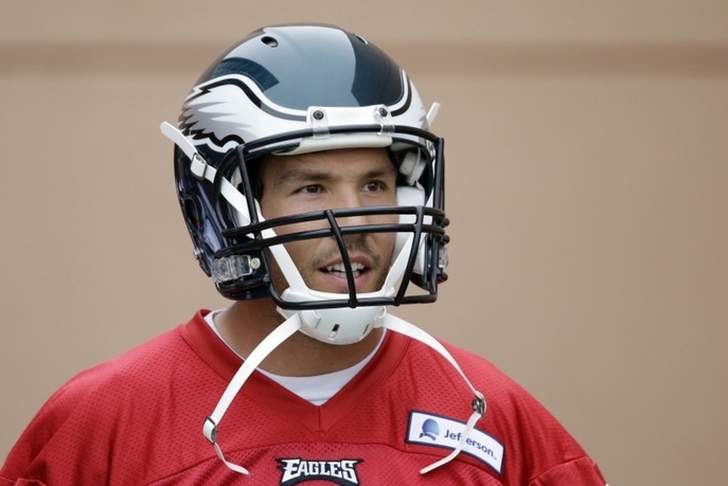 The Philadelphia Eagles narrowly missed the postseason last year, but they expect to return to the playoffs next season. This offseason figures to play a big role in determining if Philadelphia can continue their success in the foreseeable future, as does training camp. Here are three things we've learned about the Eagles so far:

Philadelphia Eagles quarterback Bradford is just days away from making his preseason debut with the team, and he's hoping to shake the memory of tearing his ACL last time he took the field in the preseason with the Rams against the Browns.

“It seems like just yesterday I was in Cleveland and walking to the locker room,” Bradford said. “I thought this day would never come, but here we are a little over a week away from getting out there and playing some real football and I think that is always exciting.”

Even without playing in a game yet, Bradford has shown enough in training camp for the team to be optimistic about his health. He hasn’t been held back during Training Camp, and he says there haven't been any signs of any lingering issues.

“We talked about if from day one, that when I wasn’t taking reps in OTAs, the goal was to be ready by camp so that when it got here, I’d be able to go out there and not be limited, and that’s where we’ve been so far,” Bradford said. “For me, I need the reps, so to get out there getting those reps; it’s been great for me. “I feel better than what I was expecting. I thought my knee would hold up but I wasn’t sure since I hadn’t put it through four days of practice coming into camp. But the way my knee feels now, it feels great, so I’m really happy with where I am right now.”

One thing that became abundantly clear this offseason is that the Philadelphia Eagles are officially Chip Kelly's team. LeSean McCoy asked for more money, and he's now in Buffalo. Evan Mathis wanted more money, and he's a free agent. Throw in the trade of Nick Foles for Sam Bradford and Brandon Boykin to Pittsburgh, and it's clear that Kelly is trying to build the team his way.

They're relying on young talent

The receiving core is relatively bare without Jeremy Maclin, and they failed to get several impact players where they needed them on defense (secondary, linebacker). There’s plenty to like about the Nelson Agholor/Eric Rowe/Jordan Hicks trio in front of the draft. Both Rowe (cornerback) and Hicks (linebacker) are high upside prospects with great motors who’ll likely be impact players early, and Agholor’s work as a precision route runner and returner will have Eagles fans jumping for joy before long.

All three guys have gotten a lot of work with the first team, and have been as productive as can be expected of any rookie. They will be relied on to produce at a high level this season, and they look ready for the challenge.