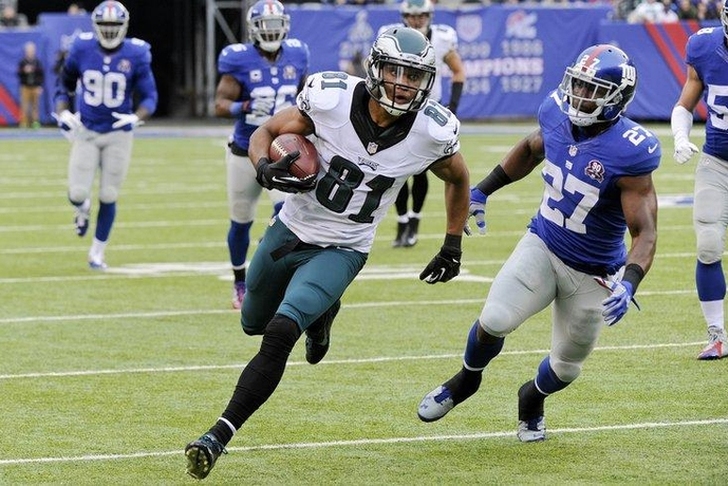 The Philadelphia Eagles have acquired cornerback Ronald Darby from the Buffalo Bills for wide receiver Jordan Matthews and third-round pick, both teams announced.

We've acquired WR Jordan Matthews and a 2018 3rd round pick from the Eagles for CB Ronald Darby. pic.twitter.com/OQA1PfRET0

Buffalo needed a wide receiver to replace Sammy Watkins, who they traded to the Los Angeles Rams earlier today.

Through these moves, the Bills have acquire extra picks in both the second and third rounds in the 2018 NFL Draft. They also have an extra first-round pick from the Kansas City Chiefs stemming from the Patrick Mahomes trade.

Matthews became expendable in Philadelphia after they signed both Alshon Jeffery and Torrey Smith in free agency. He caught 73 passes for 804 yards and three touchdowns last season.

The Bills acquired cornerback E.J. Gaines from the Rams for Watkins, giving them enough depth at cornerback to part with Darby. On the flip side, Philadelphia has been looking to upgrade their secondary and Darby is expected to start for them. He had 69 tackles with 12 pass breakups last season.

Follow our Philadelphia Eagles team page for all the latest Eagles news or download the Chat Sports App!