Eagles Rumors: Philadelphia Trying To Trade For A Linebacker? 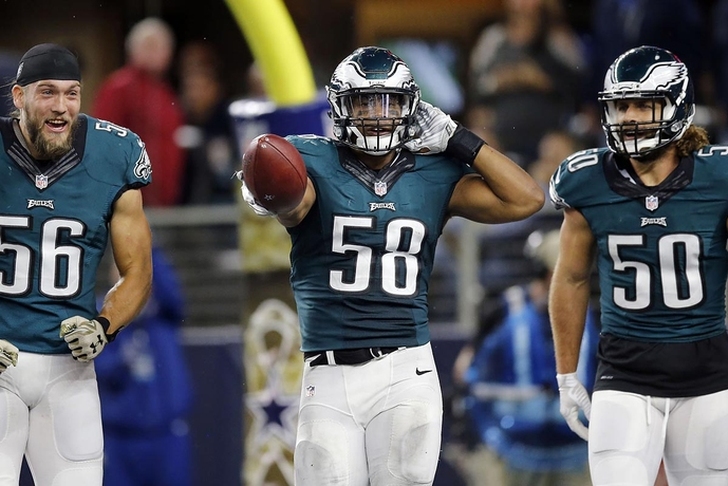 The Philadelphia Eagles' overhaul of their defense might not be done yet. The latest Eagles rumors are that team is trying to trade for an inside linebacker.

Several teams calling around looking for TEs. Eagles have been trying to find an inside LB via trade. Things will intensify in few weeks

La Canfora doesn't mention any names and it doesn't sound like a deal in imminent. The Eagles traded away one inside linebacker earlier this offseason, when they sent Kiko Alonso to the Dolphins.

Jordan Hicks is the Eagles' starting inside linebacker, but he's injury prone. On top of that, the Eagles are thin on depth at the position. Joe Walker, a seventh round pick out of Oregon this year, is listed as the backup. The team has talked with Stephen Tulloch, who was recently cut by the Lions and played under current Eagles defensive coordinator Jim Schwartz, about a contract but have yet to sign him.

The Eagles, already light on draft picks because of the Carson Wentz trade, likely won't want to give up much. They could try to trade a player, perhaps Eric Rowe or Marcus Smith who are both holdovers from the Chip Kelly regime. Rowe is surprisingly third on the depth chart, while Smith, a former first rounder, has struggled in his time in the NFL.

Follow our Philadelphia Eagles team page for all the latest Eagles rumors or download the Chat Sports App!