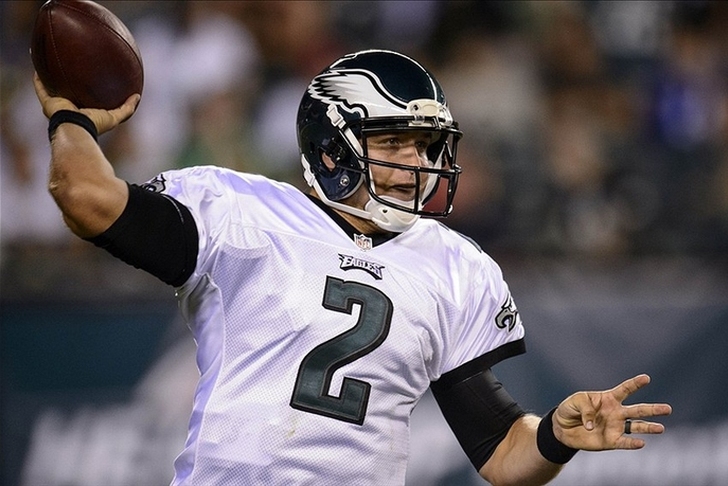 The Philadelphia Eagles are rumored to be to willing to trade third-string quarterback Matt Barkley.

Look for the Eagles to be showing off QB Matt Barkley. Eagles sources tell me Barkley can be had for the right deal. So its showcase time!

A former fourth round pick, Barkley is behind Sam Bradford and Mark Sanchez on the depth chart. Barkley has looked serviceable in the preseason, but he might not be impressive enough for another team to trade for him. While it's doubtful a team would deal for Barkley and make him the starter, he could be a backup.

Given that preseason cuts are upcoming, teams might prefer to wait to see if the Eagles release Barkley before trading for him. Getting a late round pick back is probably the best the Eagles could get for Barkley.

If Barkley is moved, that would likely open up a roster spot for Tim Tebow.

Follow our Philadelphia Eagles page for all the latest Eagles rumors!