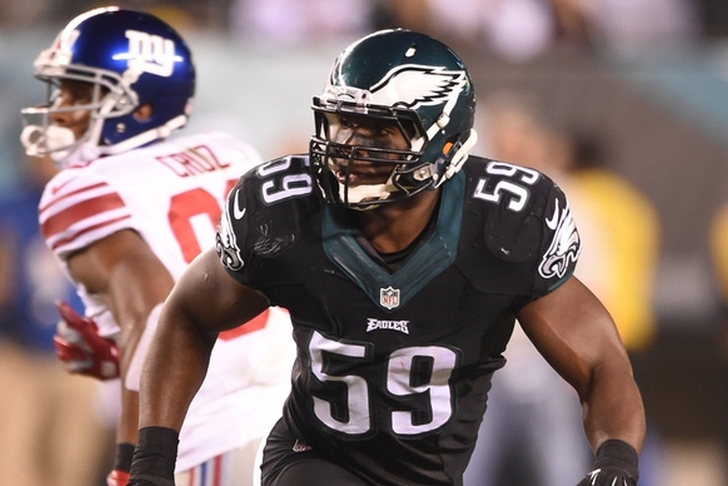 The Philadelphia Eagles announced the release of LB DeMeco Ryans Wednesday. The move ends the linebacker's time with the team after he was acquired via a trade with the Houston Texans before the 2012 season.

Ryans had battled injuries in recent seasons and wasn't the same player he was early in his career. The move saves the Eagles $3.5 million in cap space the season. The presence of Kiko Alonso and Mychal Kendricks, coupled with the likely move to a 4-3 defense made Ryans expendable.

The former secound round pick is just 31 years old and should get another shot in the NFL. He's best in a 3-4 scheme, so expect several of those team to have some interest in Ryans. For more Eagles coverage, download the Chat Sports Android and iPhone app.

The Eagles also announced that head coach Doug Pederson and general manager Howie Roseman will address the move at the NFL Combine later on Wednesday.