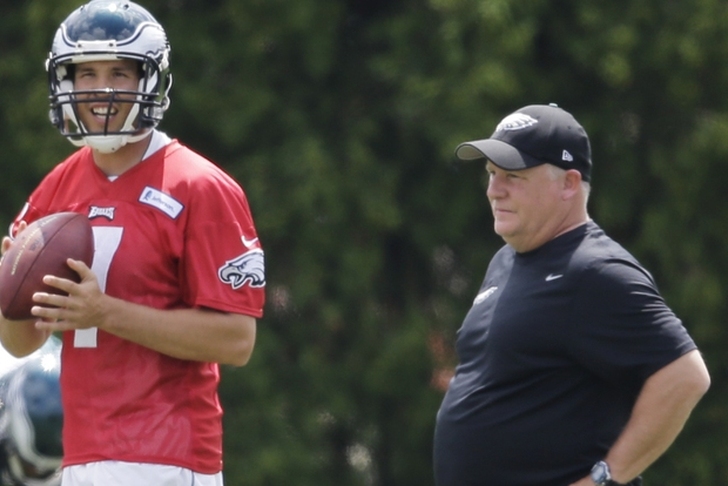 Mark Sanchez will get the start, with Matt Barkley and Tim Tebow both expected to get a lot of action.

"He's not real happy with my decision," Kelly said of Bradford. "Just felt he's been out here for two weeks, done a real nice job. He'll get his first work against the Ravens when we get a chance to train with them for a couple days before we play and he'll play in the Ravens game (Aug. 22). So Mark will start the game."

"I haven't sat out a practice, I haven't missed a rep -- this has nothing to do with the knee," Bradford said, via NJ.com. "I think this has been his plan from the beginning."