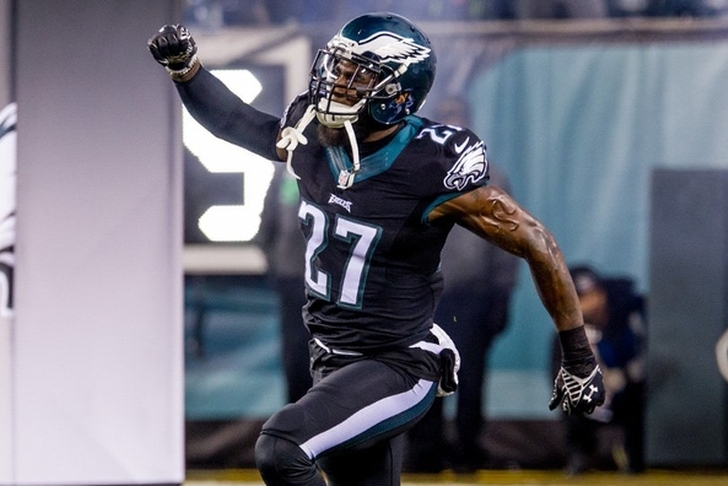 The New York Giants had a chance to clinch a playoff berth Thursday night, but failed to do so. Instead, a 24-19 win by the Philadelphia Eagles clinched the NFC East (and home field advantage in the playoffs) for the Dallas Cowboys and forced the Giants to wait on securing that playoff berth. The Eagles (6-9) used a strong defensive effort to upset the Giants (10-5) in Philadelphia.

It was a perfect start for the Eagles, who scored on their opening drive and followed that up with a pick-six to go up 14-0 early. The Eagles were up 21-6 in the second quarter, before the Giants mounted their comeback effort. The Giants got the ball to the 32-yard line on 4th and 1 at the two minute warning, but after a critical false start, the Giants failed to convert on 4th down. The Giants did get the ball back with 1:31 and a timeout left at their own 15-yard line. They managed to get all the way down to the Eagles 34, but Manning was picked off to seal the win for the Eagles.

Carson Wentz wasn't that great for the Eagles. He completed 13 of 24 passes for 152 yards, a TD and a pick, although he did do a good job of avoiding the rush in the pocket and had 28 rushing yards. Nelson Agholor, who has struggled with drops all season, did have a 40-yard TD.

Malcolm Jenkins played great for the Eagles. The defensive back had two interceptions (one for a TD), seven tackles and three pass breakups. With Jenkins playing great, Eli Manning struggled early. He completed 38 of 62 passes (a team-record for attempts) for 356 yards, 1 TD and 2 INTs. Not surprisingly, Manning's favorite target was Odell Beckham. He reeled in 11 passes for 150 yards.

The Giants play the Redskins next week, with both teams still in the mix for a playoff spot. The Eagles, who are eliminated, play the Cowboys, who have nothing to play for either.