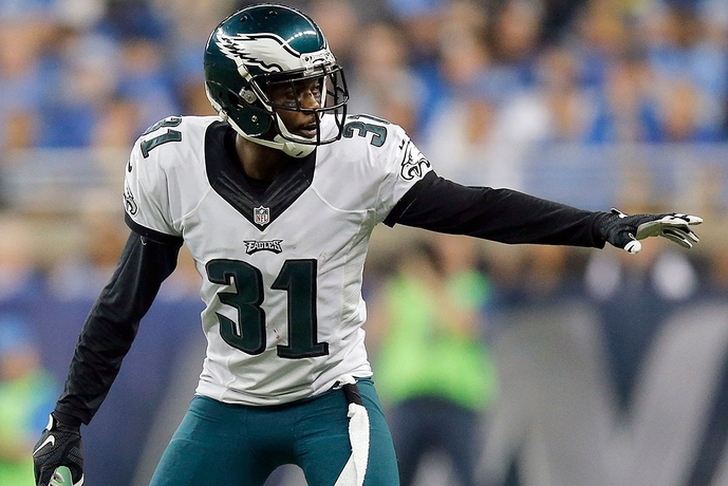 NFL Free Agency starts on March 9th, and the next few days will feature several Philadelphia Eagles rumors. While free agency doesn't officially start until Wednesday, Monday and Tuesday are "legal tampering" days. That means teams can discuss contracts with any player, although a deal can't be signed until Wednesday. With that in mind, here are a few of the more interesting rumors and news tidbits on the Eagles.

Eagles-Dolphins Trade?
The Eagles and Dolphins are working on a potential trade involving a high-priced player.

The #Dolphins are in talks with the #Eagles on a trade for CB Byron Maxwell, source said. It's in the works,

The Eagles gave Byron Maxwell a 6-year, $63 million deal last year, but he struggled for much of the season. A trade will be problematic, because Maxwell carries more than $13 million in dead cap. The Dolphins have limited cap space, and taking on Maxwell's nearly $10 million cap hit for this year will be tricky. What the Eagles would get in return for Maxwell is unknown, although the Dolphins do need corner help badly.

Adam Schefter reports the Eagles will ship out Kiko Alonso and Maxwell to Miami in exchange for draft picks. The deal is expected to be finalized in time for the start of the new league year.

Ryan Mathews On The Block?
The Eagles appear to be trying to trade everyone they can from the Chip Kelly Era. Ryan Mathews is now on the trading block as well, joining Alonso, Maxwell and DeMarco Murray. All three players were added by Kelly in his final year.

Eagles Targeting Nick Fairley?
With the Eagles shifting to a 4-3 defense, they'll be in need of more defensive linemen. Zach Berman on Philly.com reports that DT Nick Fairley could be a target for the Eagles. That makes sense, as Fairley played under new defensive coordinator Jim Schwartz. Fairly played his best football under Schwartz. While he was a rotational player last season, Fairley could earn start money this year on the market.

Follow our Philadelphia Eagles team page for all the latest Eagles rumors!