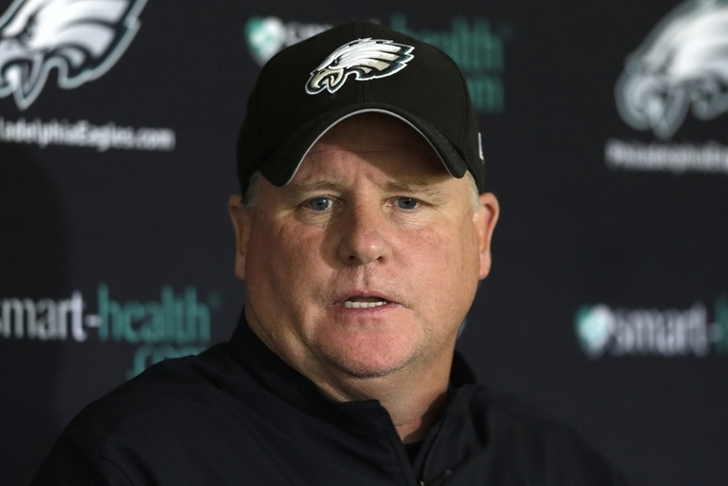 In a stunning move, the Philadelphia Eagles announced Tuesday night that they are firing head coach Chip Kelly.

"I have made a decision to release Chip Kelly this evening," Lurie said in a statement. "I spent the last three seasons evaluating the many factors involved in our performance as a team. As I watched this season unfold, I determined that it was time to make a change."

Kelly coached nearly three seasons for the Eagles, posting a 26-21 record during his time with the team. However, the team was just 6-9 this season after Kelly made massive personnel changes in the offseason.

“We appreciate all the contributions that Chip Kelly made and wish him every success going forward,” owner Jeffrey Lurie said in a statement.

The team apparently did not notify players of the decision to fire Kelly. At least one found out because a reporter contacted him.

Kelly signed a large contract to leave the Oregon Ducks and join the Eagles. He received a 5-year, $32.5 million deal. He was one of the highest paid coaches in the NFL.

Pat Shurmur will serve as the interim head coach for the final game. Ed Marynowitz, the vice president of player personnel was also fired.

With the Kelly experiment failing in Philadelphia, the Eagles are in the market for a new head coach. Kelly will immediately become one of the hottest commodities in the college football ranks.