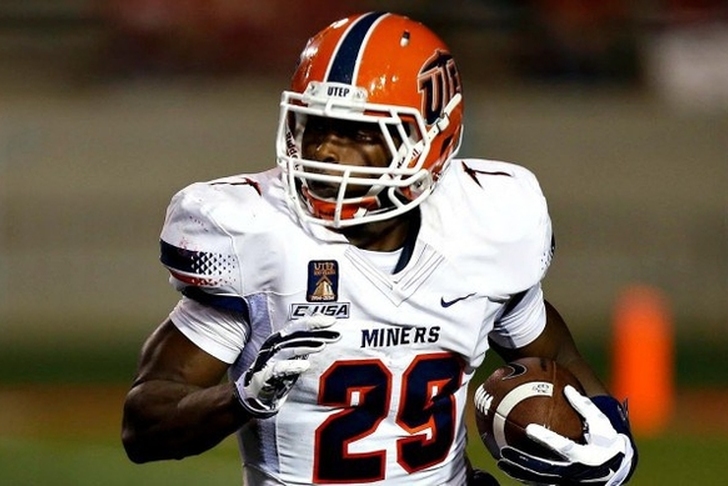 The Philadelphia Eagles have a need at running back with as Darren Sproles will be 34 years old next season, and Ryan Mathews' future with the franchise is in doubt.

They could take a running back in the first round (they have been linked to FSU's Dalvin Cook and Stanford's Christian McCaffrey), but they have also been linked to several cornerbacks.

If they do pass on a running back in the first round, Philadelphia is showing interest in Aaron Jones, a fast-rising prospect from UTEP, according to Kristian Dyer of the Sporting News.

Jones is projected to be a Day 3 pick. He ran for 1,773 yards and 17 touchdowns on 229 carries last season while catching 28 passes for 233 yards and three more scores.