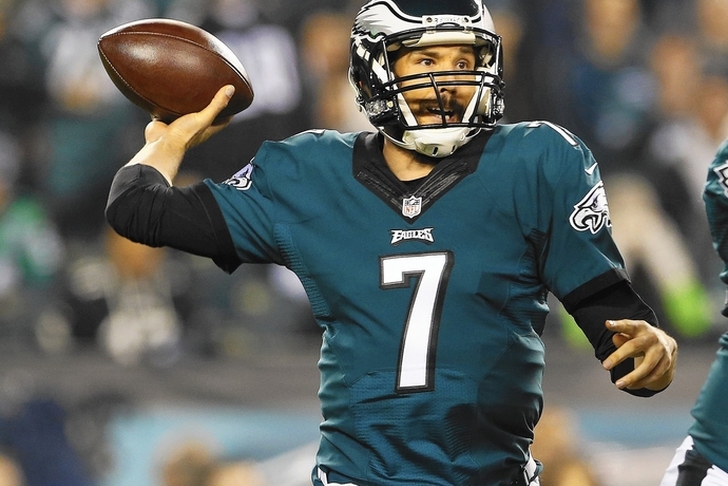 The Philadelphia Eagles made a series of trades to move from the No. 13 pick in the draft to the No. 2 pick, putting them in position to draft either Jared Goff or Carson Wentz. What do they plan to do with the rest of their picks? Here are all the latest Eagles draft news and rumors:

Eagles to trade Sam Bradford?
With the Rams expected to take Goff with the No. 1 overall pick, all signs point to the Eagles taking Wentz with the No. 2 pick. That has angered current starting QB Sam Bradford, who may demand a trade soon. Fansided's Jeff Glauser makes the case for why Philly should trade Bradford:

At this point, there’s been enough invested in this trade that it’s clear where the Eagles are staking their future. Therefore, why forge ahead with a lame duck under center if there is a market out there to get something of value for him instead? And worst case, if Wentz—or whomever—doesn’t pan out, at least Roseman hedged his bets with not only whatever they can get in return for Bradford, but maybe even with whatever additional assets he can sign with the extra money left by whatever team was dumb enough able to take on his salary.

More than that, there’s not much worse than a player tasked to lead a team that doesn’t really want him.

Bradford passed for 3,725 yards with 19 touchdowns and 14 interceptions last year.

Philadelphia targeting Alex Collins?
The Eagles could also be in the market for a running back after trading DeMarco Murray. Ryan Mathews has had trouble with injuries in his career, and Darren Sproles is 33 years old and may be slowing down. In another article, Fansided's Ryan Quigley makes the case for drafting Arkansas' Alex Collins in the middle rounds:

Collins runs like a complete lunatic. Like Perkins, he’s not the fastest back, but he weaves through traffic like it’s his job (which, technically, it is). He keeps his pads low to the ground, squares up tacklers and runs right through them. Collins is a bruiser, but he has solid feet as well. He’s not a proven pass-catcher, but his ability on the ground is far too good to ignore.

Collins reminds me of a strange cross between Marshawn Lynch and Jamaal Charles. While he can run you over, he also has very good vision and can make you miss. Collins would fit in the Eagles’ offense beautifully and Philadelphia would not be in the wrong if they selected him in an earlier round.

Collins ran for 1,577 yards and 20 touchdowns last season. He ran for over 1,000 yards in all three of his career seasons with the Razorbacks.

Follow our Philadelphia Eagles news page for all the latest Eagles draft rumors!