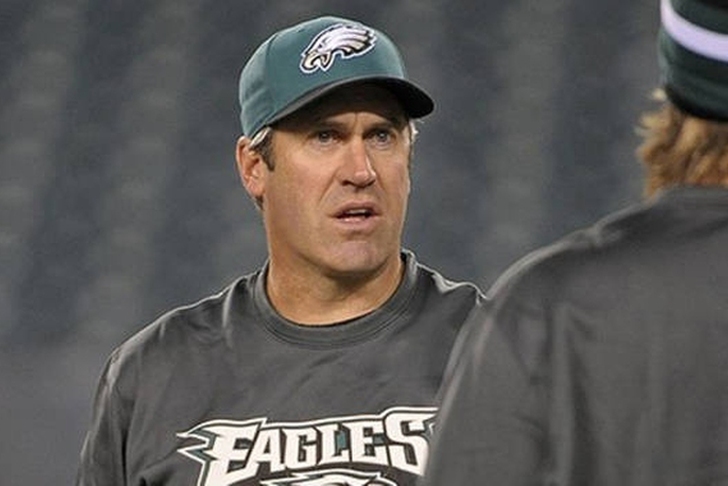 The Philadelphia Ealges have been linked to Memphis quarterback Paxton Lynch in the first round, but their draft plans also include a heavy emphasis on improving their offensive line. According to NFL Network's Mike Mayock, the Eagles could draft several offensive linemen in the first three rounds.

"Of the tackle group that I think slides inside, most of them I've already got listed as guards, and I think the best one of that is Cody Whitehair from Kansas State," Mayock said. "I think Vadal Alexander from LSU is the next one, and I would probably put Germain Ifedi from Texas A&M in that same group. I think all three of them are second-round picks, and the Eagles, as you know, don't have a second-round pick.

"You start looking at some other guys beyond that, you have two third-round picks with the Eagles, Rees Odhiambo from Boise State, checkered history with injuries, but I think has some talent," he continued. "You've got to do your homework on his durability. I think he's going to kick inside. I think Denver Kirkland from Arkansas is a big road raider, he'll kick inside. Dominick Jackson from Alabama, a later-round pick, will kick inside. Darrell Greene from San Diego State. There's a ton of the tackles that kick inside throughout all seven rounds of this draft."

Mayock went on to suggest that the Eagles should draft "two or three" lineman to fix their needs, even if they draft Lynch in the first round.

Follow our Philadelphia Eagles news page for all the latest Eagles draft news!