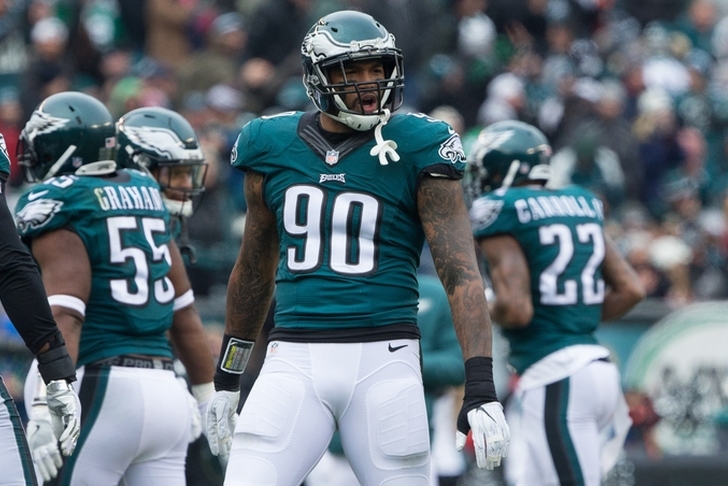 Marcus Smith's time with the Philadelphia Eagles has come to an end. The Eagles have cut the 2014 first round pick.

Smith, a pass rusher, was simply a bust in Philadelphia. Perhaps the worst of the Chip Kelly draft picks, Smith has just four career sacks, with 2.5 coming last year. He's yet to start a game and is now off the roster entirely. It was a surprise pick at the time and Smith's play didn't justify the selection at all.

The Eagles have Vinny Curry and Brandon Graham on the roster, plus added Chris Long and Derek Barnett this offseason. That didn't leave much space for Smith, whose release saves $1.48 million. He was due a $594K roster bonus tomorrow. Smith didn't help himself by electing to skip OTAs this year.

Despite his current bust status, Smith should get another shot somewhere. A team that runs a 3-4 scheme might be the best fit for Smith. To replace Smith on the active roster, the Eagles announced they signed LB Steve Daniels, a seventh round pick by the Redskins last year.