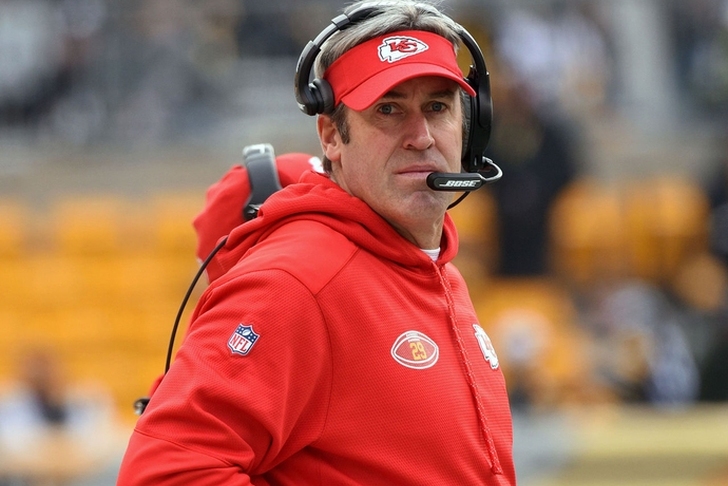 The NFL Playoffs are in full swing, but the focus for the Philadelphia Eagles remains squarely on the search for former head coach Chip Kelly's replacement. Here are the latest and most interesting Eagles coaching rumors and news for Sunday, January 10th.

Pederson is the fifth coach the team interviewed. Hiring Pederson would be intriguing, given that the Eagles ran Reid out of town.

No Hue Jackson?
Jackson, the Bengals' offensive coordinator, is a popular head coaching candidate. However, the Eagles might not interview him at all. NFL.com's Adam Caplan went on 97.5 The Fanatic Friday night and said the team won't interview Jackson. Caplan said he doesn't know why the Eagles aren't interviewing Jackson and called it a mistake.

Coughlin And McAdoo?
The Eagles have already interviewed Giants' offensive coordinator Ben McAdoo and will interview Tom Coughlin later this week. The team could hire Coughlin and bring aboard McAdoo as the offensive coordinator, per Mike Garafolo. In theory, McAdoo could take over as head coach when the 69-year old Coughlin decides to retire.