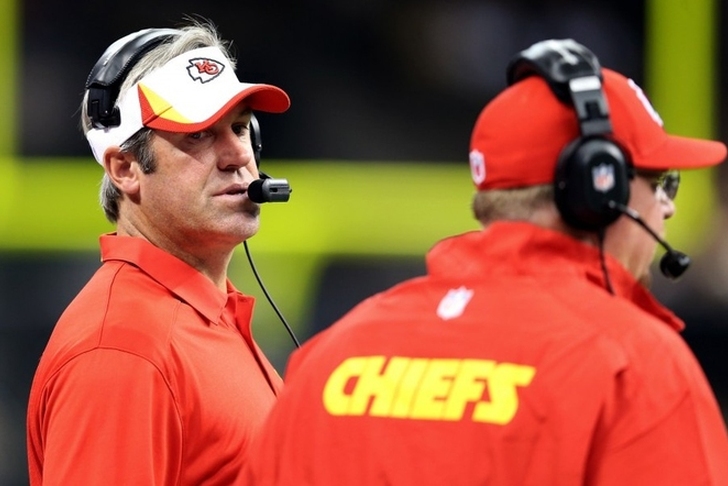 The NFL Playoffs are in full swing, but the focus for the Philadelphia Eagles remains squarely on the search for former head coach Chip Kelly's replacement. Here are the latest and most interesting Eagles coaching rumors and news for Tuesday, January 12th.

Eagles close to hiring Pederson?
Philadelphia interviewed Kansas City Chiefs offensive coordinator Doug Pederson on Sunday following their win over the Texans, and came away impressed. According to CBS Sports' Jason La Canfora, the Eagles were so impressed that they haven't scheduled any more interviews.

Eagles not planning any more HC interviews as of now. Will regroup after owner's meetings. Pederson among those who impressed them

Philadelphia not seriously considering Tom Coughlin?
The Eagles surprised many by interviewing former Giants head coach Tom Coughlin on Monday, but it doesn't seem like there is a real chance of Philadelphia actually hiring him, according to ESPN's Adam Schefter.

Hue Jackson not on Eagles' list
Bengals offensive coordinator Hue Jackson is receiving interest from almost every team with a head coaching vacancy, but the Eagles are not one of those teams. According to multiple reports, Jackson has not interviewed or been contacted by Philadelphia, and could be off the market soon as the Browns and 49ers are heavily pursuing him.