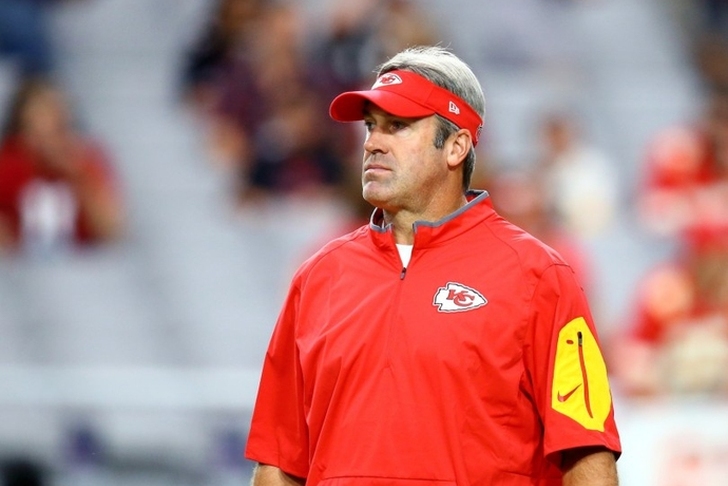 The NFL Playoffs are in full swing, but the focus for the Philadelphia Eagles remains squarely on the search for former head coach Chip Kelly's replacement. Here are the latest and most interesting Eagles coaching rumors and news for Monday, January 11th.

Eagles interview Coughlin today, looking for Giants duo?
Philadelphia held an interview with former New York Giants Tom Coughlin tonight, which was described as a "feeling out" meeting to gauge the interest between both side. The Eagles have interviewed Giants offensive coordinator Bob McAdoo already and could hire Coughlin and bring aboard McAdoo as the offensive coordinator, per Mike Garafolo. In theory, McAdoo could take over as head coach when the 69-year old Coughlin decides to retire.

Hue Jackson not on Eagles' list
Bengals offensive coordinator Hue Jackson is receiving interest from almost every team with a head coaching vacancy, but the Eagles are not one of those teams. According to multiple reports, Jackson has not interviewed or been contacted by Philadelphia, and could be off the market soon as the Browns and 49ers are heavily pursuing him.