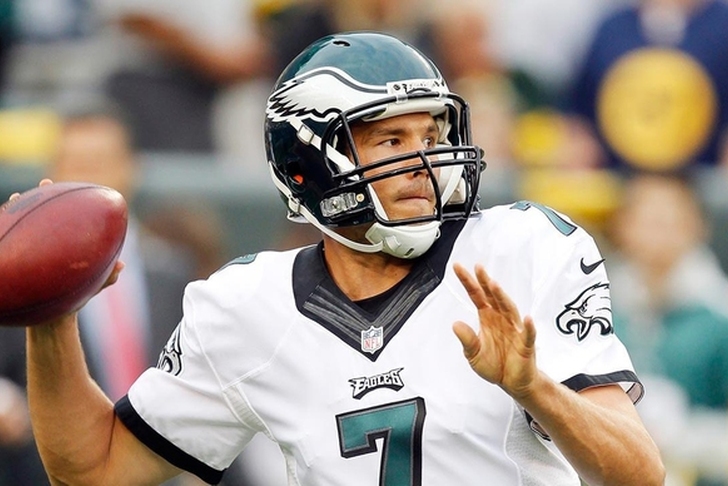 Quarterback Sam Bradford won't be hitting free agency this season. The Philadelphia Eagles signed Bradford to a two-year extension Tuesday, according to Adam Schefter. The two-year deal is worth $36 million, with $26 million guaranteed.

The move isn't a total shock, as the Eagles didn't have any viable alternatives to Bradford on the roster. There was also a report yesterday that a deal would soon be announced.

The short length of the deal means the Eagles aren't tying their future to Bradford. If his injury problems reappear, or he struggles, the Eagles will be able to move on from Bradford.

Bradford was acquired by the Eagles in a trade with the then-St. Louis Rams last offseason. The Eagles gave up Nick Foles, who struggled badly with the Rams, and a second round pick.

In his first season under now-fired head coach Chip Kelly, Bradford had one of his best-ever seasons. In 14 games, he completed a career-best 65 percent of his passes for 3,725 yards, 19 TDs and 14 picks. Bradford struggled early, but improved as the season went on.