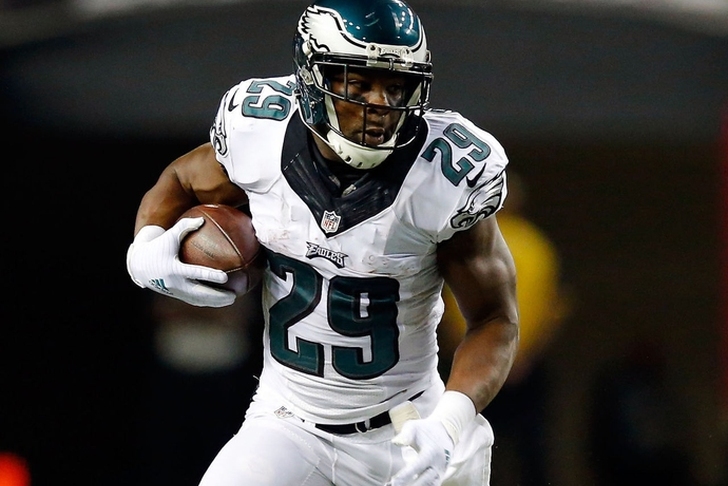 A Philadelphia Eagles player questioned running back DeMarco Murray's effort during the Eagles' come-from-ahead loss last week to the Miami Dolphins. Murray slid to the ground in the first quarter after picking up a first down rather than trying to break a tackle from cornerback Brice McCain and pick up more yards.

"Well, when you see DeMarco sliding before getting hit, you tell me. Was that giving full effort?" an anonymous Eagles player told the Philadelphia Inquirer. "You see that [stuff], and it makes you wonder."

The comment came after the Eagles were blown-out by the Buccaneers 45-17. The Eagles are now 4-6 and fell apart during the Bucs' game, which was close for much of the first half.

"They may have lost focus," head coach Chip Kelly said, "but I wouldn't use the word 'quit.'"

Murray signed a massive contract in the offseason. It pays him $40 million over five years, with $21 million of that guaranteed.

Murray hasn't played as well this for the Eagles as he did last season for the Dallas Cowboys. He's averaging a career-worst 3.7 yards per carry and has recorded just 515 yards this season.