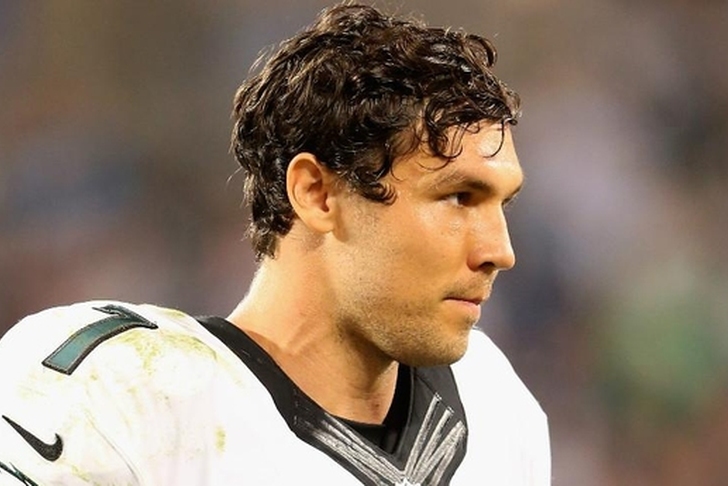 ESPN's Adam Schefter is reporting that Sam Bradford has demanded a trade from the Philadelphia Eagles, and will no longer be showing up to their offseason workouts.

The Philadelphia Eagles traded up to No. 2 in the upcoming NFL Draft in order to select a franchise quarterback, but that doesn't necessarily mean Sam Bradford wants out of Philly.

The quarterback has not requested a trade and does not intend to do so, reports Charles Robinson of Yahoo Sports. While there's still a good chance the Eagles deal the five-year vet during the draft, he is ready to prove that he is their QB of the future, according to Robinson. With Jared Goff likely headed to the Los Angeles Rams, the Eagles are expected to take Carson Wentz at No. 2, giving them three quarterbacks if they keep Bradford and backup Chase Daniel.

While Bradford was reportedly upset over Philly trading up for a quarterback, it appears the former No. 1 overall pick now has a renewed mindset toward the understably trying situation. Whether or not that actually changes the Eagles' plan for him remains to be seen.

Bradford agreed to a two-year, $36 million contract with $22 million guaranteed on March 1. He had mixed results as the starter for Philly in 2015, going 7-7 with 3,725 yards passing, 19 touchdowns and 14 interceptions.