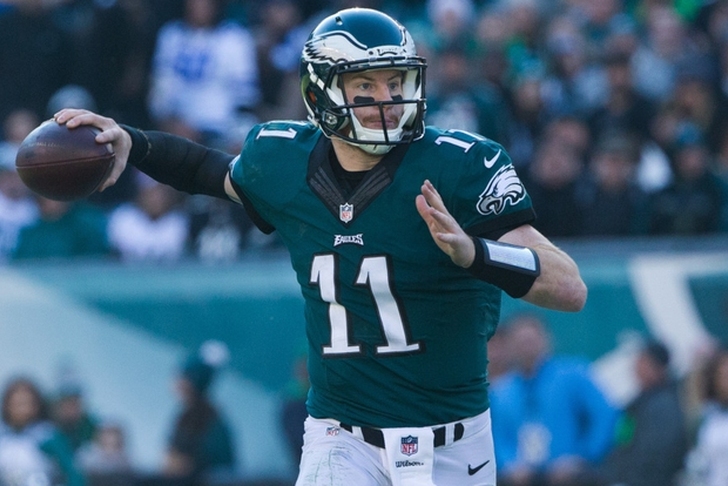 With the NFL offseason now in full swing, Chat Sports is taking the time to reflect on the 2016 NFL Draft. While the true career arcs of these players won't be known for years to come, we do have an idea of which way the teams' draft classes are trending. For the Philadelphia Eagles, the 2016 draft class featured some hits and some misses. Here's how we graded it:

Wentz cooled off after a red hot start to his rookie year, and despite his inconsistencies (which are to be expected), he definitely proved he is the franchise quarterback Philadelphia was hoping he would be. He looks like he will be the Eagles' starting quarterback for the next 15 years.

Seumalo was limited to nine games as a rookie, but he did make four starts and looks to be a solid contributor moving forward. He was limited with injuries all year, and that will be the determining factor in his ability to continue to be productive.

In rounds 4-7, teams just hope to land one or two players who can contribute and make a career, and the Eagles were able to do that with two players. Smallwood looks like he will be a good change-of-pace back and returner, while Vaitai started in six of the seven games in which he saw time on the field. Look for those two to have increased roles next season. Mills also started two games and showed his staying power in the league.

Grade: B
This class isn't a home run, but Philadelphia did land several solid players. First off, finding a franchise quarterback is a huge win in itself. Wentz would have been enough to buoy this class, but finding two major contributors along the offensive line in Seumalo and Vaitai with two role players in Smallwood and Mills make this an intriguing class moving forward. For all the latest Eagles draft coverage, download the Chat Sports Android and iPhone app.