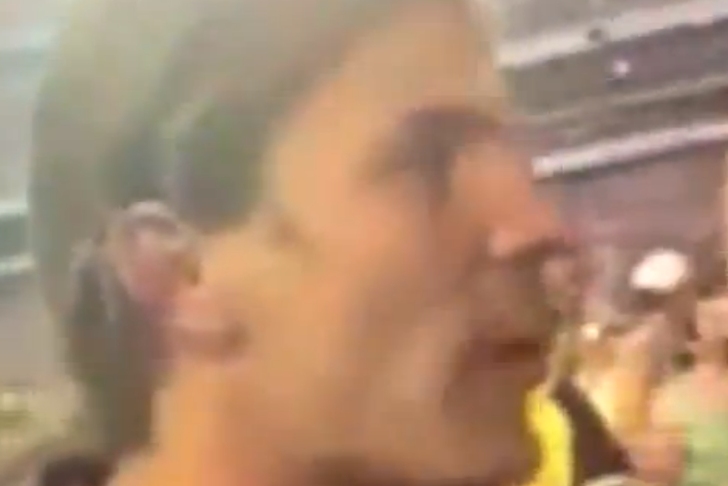 Cooper then apologized via twitter. But that didn't stop the rest of twitter from making light of the idiotic situation.

PR director of the Eagles best not expect much sleep anytime soon.

#rileycooperwillfight Anyone on the waiting list for Browns season tickets

"I WILL FIGHT ALL THE SKINNY PEOPLE HERE!!!" - Me at a Churches Chicken

#rileycooperwillfight everyone who's ever bought a Riley Cooper jersey.

I WILL FIGHT EVERY LAST POOR PERSON SHOPPING AT WHOLE FOODS.

Riley Cooper need to fear for his life. They playing the Redskins first game of the season.

#RileyCooperWillFight every Italian person at this Olive Garden

#RileyCooperWillFight everyone on the Atlanta Falcons without dreads

Go to The Dean's List now for the best content from around the web each day... Trust me, it's good stuff.