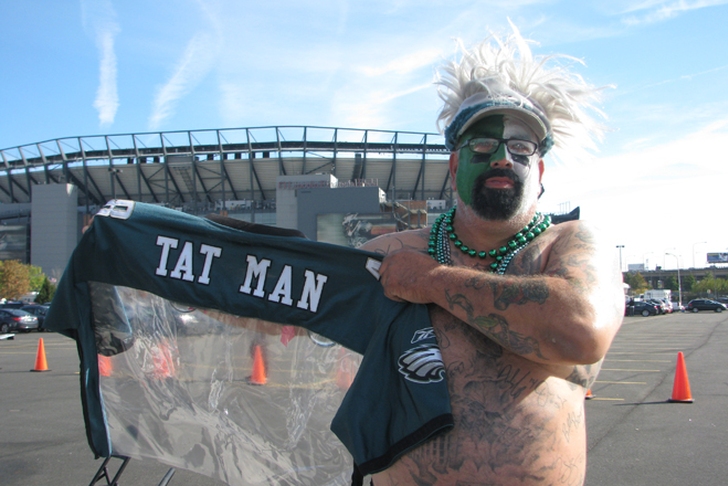 Eagles fans show their love in all kinds of ways, and plenty have inked their dedication permanently into their skin. Some of these decisions have been wiser than others...so let's take a look: 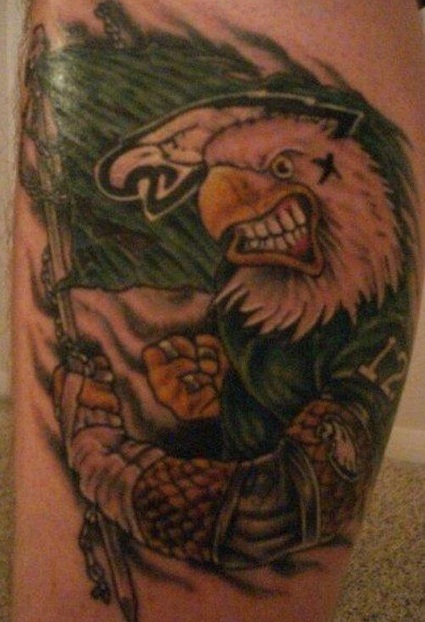 This spin on the classic mascot could be a lot worse, but there's something about that grimace that just looks...unpleasant. Maybe that's the idea, though. 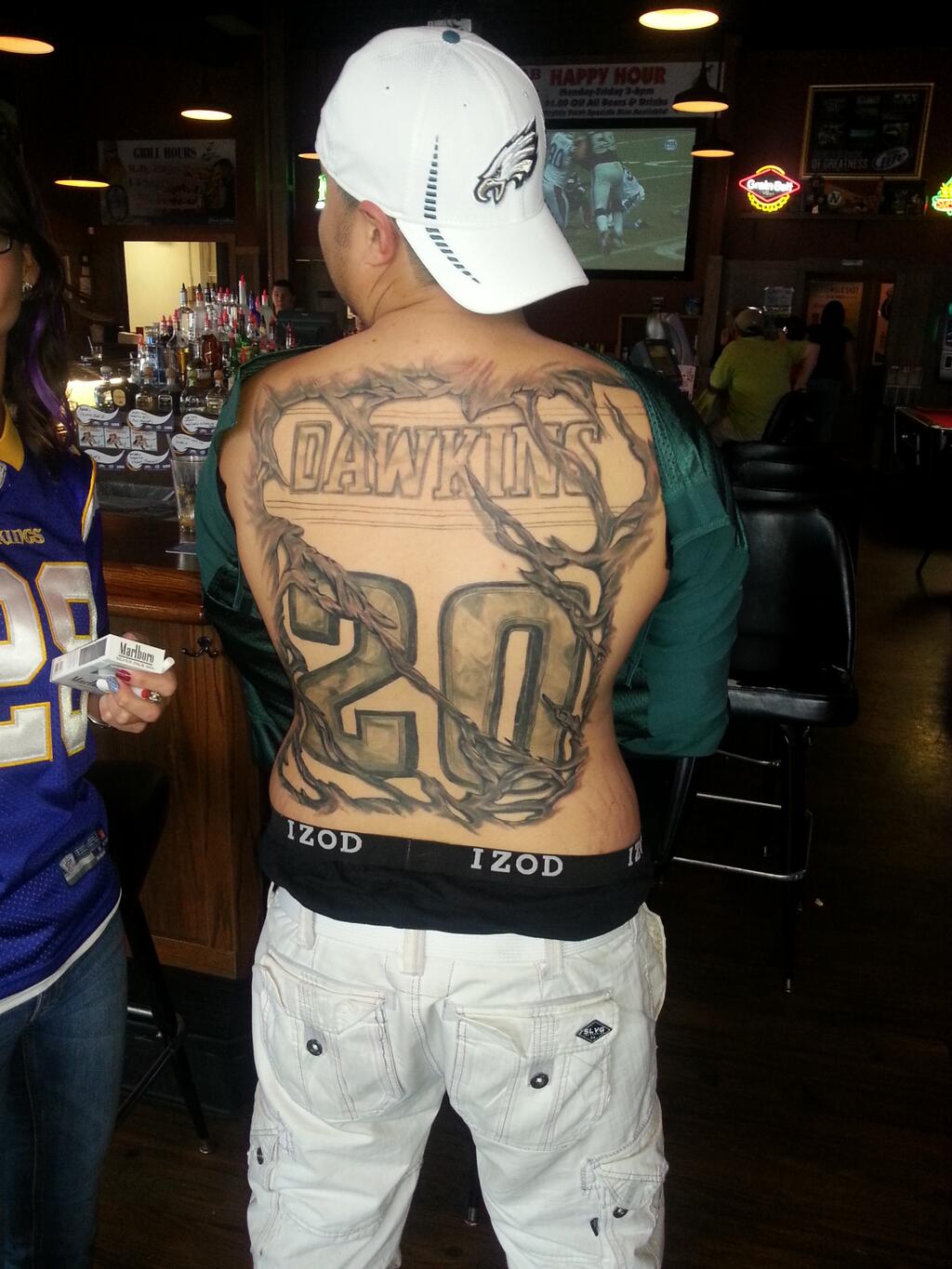 This guy pays homage to his (and our) all-time favorite Eagle with a pretty massive back tattoo. We wouldn't get this ourselves, but in terms of street cred, it's one of the best here. 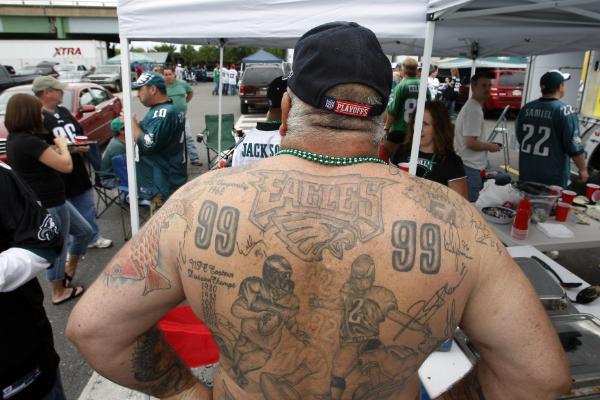 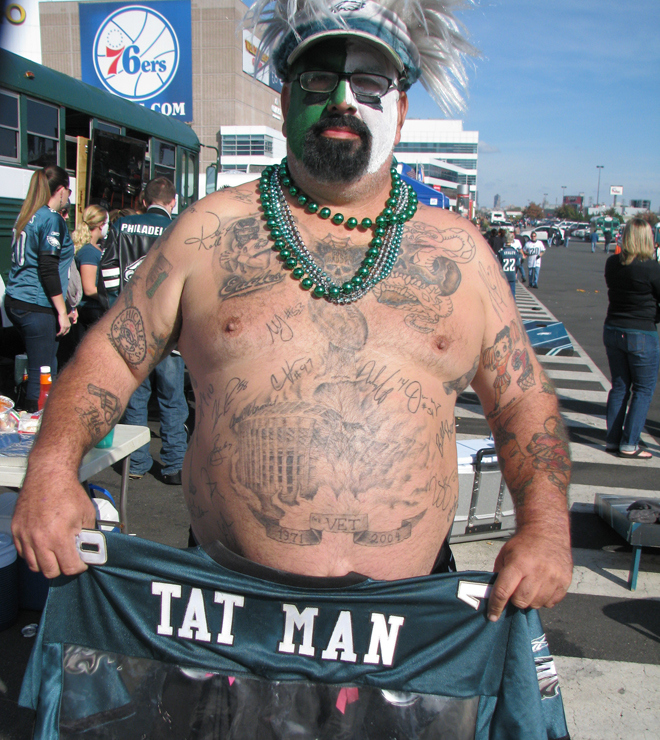 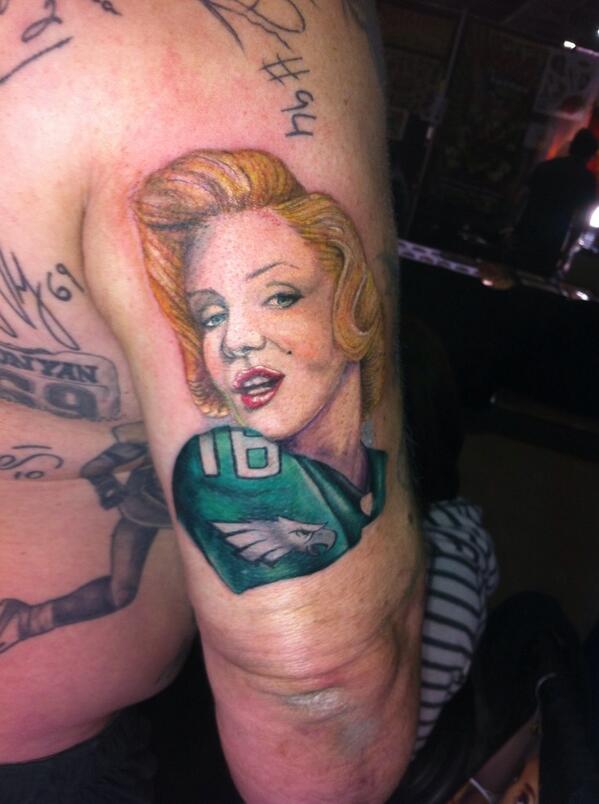 No one - and we mean no one - has more Eagles tats than the Tat man himself. His see-through jersey says it all, and the Marilyn Monroe tat (a recent addition) definitely lets the world know this guy is not playing around. 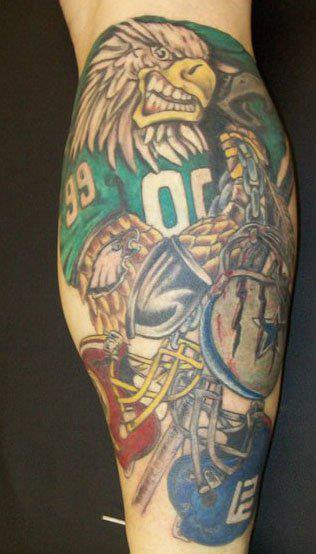 This spin on the old classic is better, in our opinion, because this angry eagle has the bloody helmets of the rest of the NFC east on a steel chain. We also feel the need to point out that this Eagles tattoo of an eagle HAS ITS OWN TATTOO OF AN EAGLE. 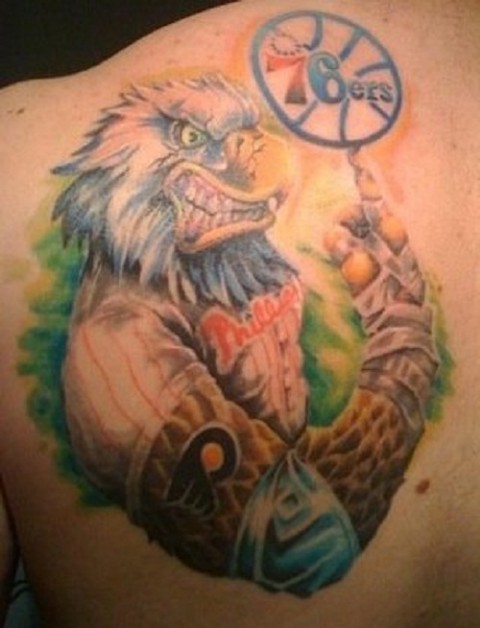 This version of the Angry Eagle shows its Philly love with a Flyers tat (!), a Phillies jersey, and a 76ers basketball spinning on its talon. It looks like he's grimacing so hard his beak is cracking, which costs it some points, though. 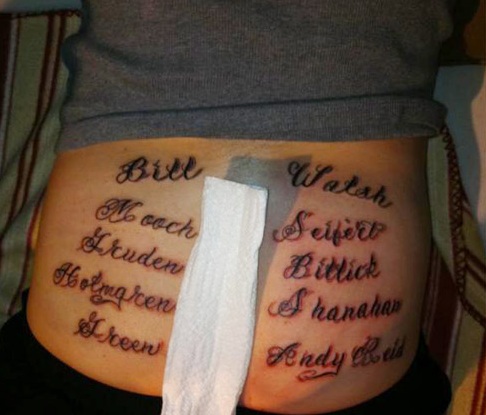 This isn't just about the Eagles, but Andy Reid gets the lower-right cheek, and that's good enough for us to include it here. 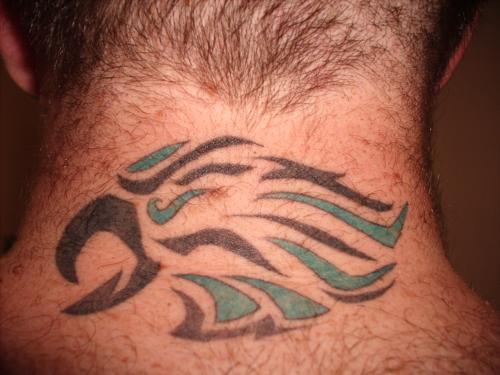 Other than the Brazilian rainforest going on on this guy's neck, this is actually pretty cool. 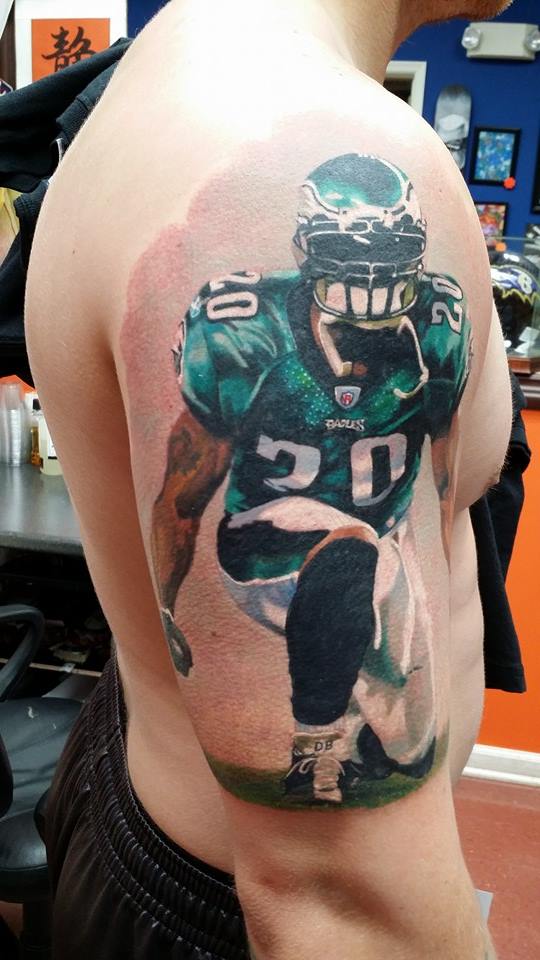 We had to save the best for last - this is honestly pretty badass. It's no surprise that of all the Eagles players people could have gotten tattooed on themselves, Brian Dawkins was far and away the most popular.