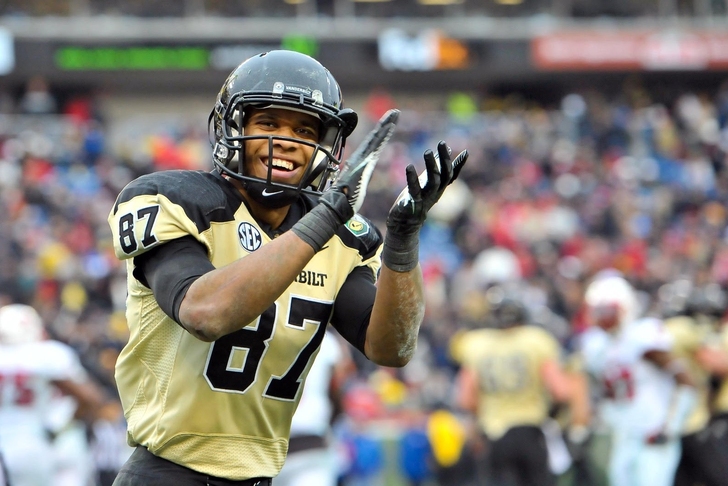 With the 42nd overall pick in the 2014 NFL Draft, the Philadelphia Eagles have selected Jordan Matthews out of Vanderbilt.

The cousin of legendary wide receiver Jerry Rice, Matthews is no slouch himself as a wideout. He completely shattered most of Vanderbilt’s wide receiving records, along with holding the SEC’s all-time mark in career receptions (262) and receiving yards (3,759). Matthews was Vandy’s team captain in 2013, posting 112 receptions for 1,477 yards and seven touchdowns. He benched 225 pounds 21 times at the NFL Combine, out-lifting some linemen in the process.

Matthews’ length makes him a good jump-ball target, while running precision routes with solid explosion out of his breaks. He has extremely soft hands and can leap with the best of them – more often than not showing the dexterity to come down with errant passes. Matthews is an effort-first kind of guy who can make up for his lankiness with good field awareness. He has shown the ability to be a leader both on-the-field and off-the-field, and is a good character guy through and through.

Check out Jordan Matthews' highlight video for a closer look into what he brings to the Eagles: