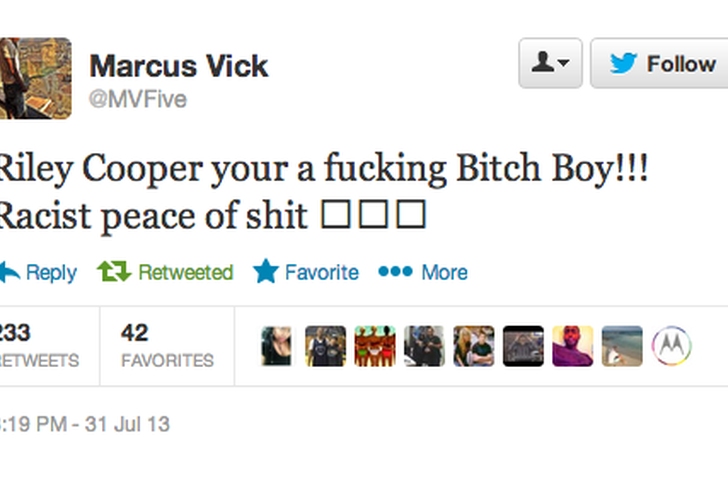 Riley Cooper said some dumb stuff. So Marcus Vick had this to say:

Hey I'm putting a bounty on Riley's head. 1k to the first Free Safety or Strong safety that light his ass up! Wake him up please.....

Wait, so Marcus Vick has put a bounty on the head of his own brother's receiver? Sounds fair enough.

Go to The Dean's List now for the best content from around the web each day... Trust me, it's good stuff.