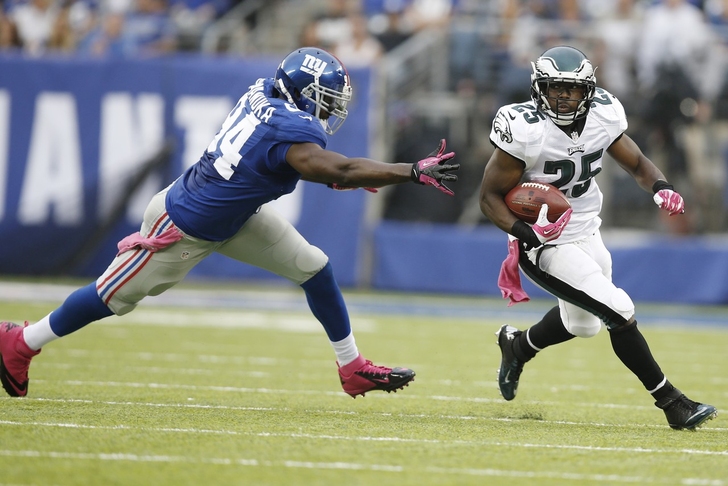 With both teams out of playoff contention, the Eagles and Giants were playing for pride in an NFC East matchup.

Philadelphia came out on top, but the Giants rookie phenom Odell Beckham continued to shine in his impressive rookie campaign.

Turning Point: The Eagles took a second half lead with a blocked punt for a touchdown - their third of the season - which helped them pull away for an eight point victory.

Matthews was overshadowed by Beckham, but the Eagles rookie had an impressive game, hauling in a touchdown and recording 100+ yards.

Beckham may have cemented his spot as the rookie of the year with another huge outing.

The Eagles finish the season at 10-6, but will miss the playoffs. The Giants finish at 6-10 and third place in the NFC East.