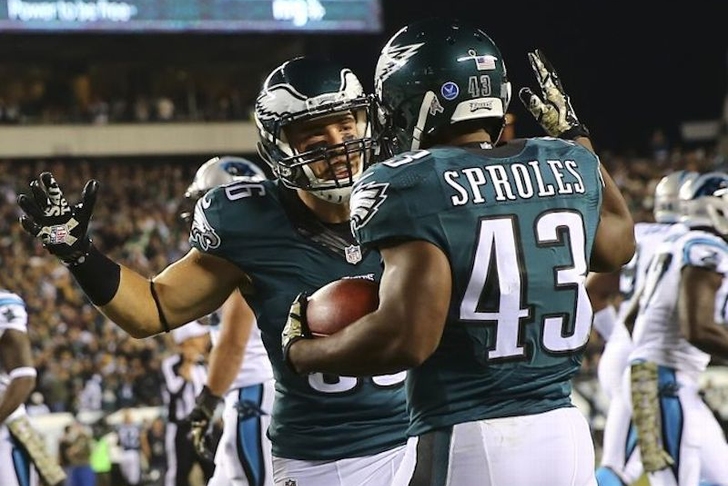 The Philadelphia Eagles dominated from the opening whistle in a game that was even more lopsided than the score indicates. They owned all phases of the game and never gave the Panthers any hope.

Philadelphia was up 10-7 when they started their string of 35 answered points with a Darren Sproles punt return for a touchdown. That seemed to reenergize the Eagles and demoralize the Panthers, setting the stage for a big blowout.

Carolina gave up nine sacks and turned the ball over five times.

Yeah, it was ugly.

Quarterback Mark Sanchez was dynamite in his first start with the Eagles, passing for 332 yards and two touchdowns - both to rookie wideout Jordan Matthews. This was arguably Sanchez's best game as a pro, and didn't look anything like the guy who played for the Jets.

Despite the fact that everyone else around him had terrible performances, tight end Greg Olsen found a way to be productive. He caught six passes for 119 yards and was the lone bright spot for Carolina. Wide receiver Kelvin Benjamin also caught two touchdowns during garbage time in the 4th quarter.

The Panthers will try and snap their five-game winless streak on Sunday against Atlanta, while the Eagles travel to Green Bay to take on the Packers.