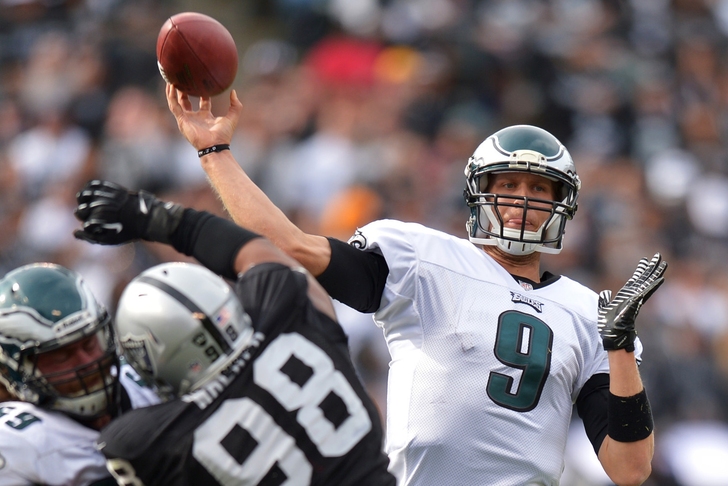 Nick Foles left Sunday's game against the Texans with a shoulder injury, and was ruled out for the game shortly after.

Nothing is official yet, but it looks like this has the makings of a multi-week injury according to Eagles beat reporter Jeff McLane, who says the Eagles are hinting at a broken collarbone:

Mark Sanchez took over and led the Eagles to a victory, and now looks like he may have an extended look under center.

No word on an official diagnosis, which also means a recovery time is unknown at the moment. Either way, the Eagles will be holding their breath as word trickles down regarding the fate of their starting quarterback.