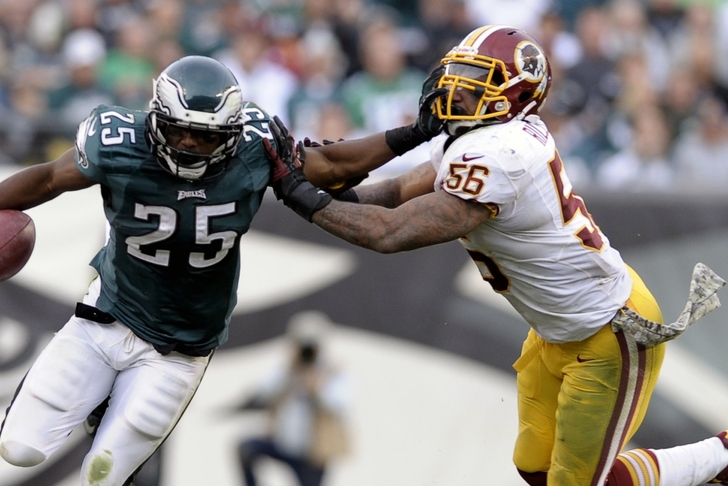 An early season NFC East matchup between the Philadelphia Eagles (2-0) and the Washington Redskins (1-1) kicked off the week 3 action. Plenty of story lines in this one, Desean Jackson returns to Philadelphia, Kirk Cousins making his first start of the season in place of the injured RGIII, and the Eagles look to stay undefeated.

Desean Jackson returned to the place where he played the first six seasons of his career. Each time Jackson touched the ball he was rained by boos from the Eagle's crowd. So much for the brotherly love from the city of Philadelphia.

Kirk Cousins continues to look impressive when he gets his opportunities. Cousins is 19 for 25 passing with 188 yards and two touchdowns with out an interception. All while leading the Redskins to 254 total yards at the half.

In what seems to be a trend in the NFC East the last few seasons, the defenses seem to be nonexistent. The two teams have combined for 455 total yards (Eagles: 202; Redskins: 253) and 41 points. Both offenses were able to drive down the field with ease the entire first half.

The Eagles are ahead?

The game's score is not reflective of what has been seen on the field. The Redskins have absolutely dominated the time of possession with a 22:54 to 7:06 advantage, yet they still trail the Eagles. Washington has also ran 22 more plays than the Eagles but thanks in part to Chris Polk's 102-yard kickoff return, the Eagles are leading by one.

Matthews played a big role in the first half of this one with five receptions for 42 yards and two touchdowns. Matthews presents a big target for QB Nick Foles and brought in 5 of his 6 targets in the first half.

Cousins looks every bit like an NFL starter this week and if he continues to play like this, the Redskins may have to be forced to make a harder decision than expected once RGIII returns.