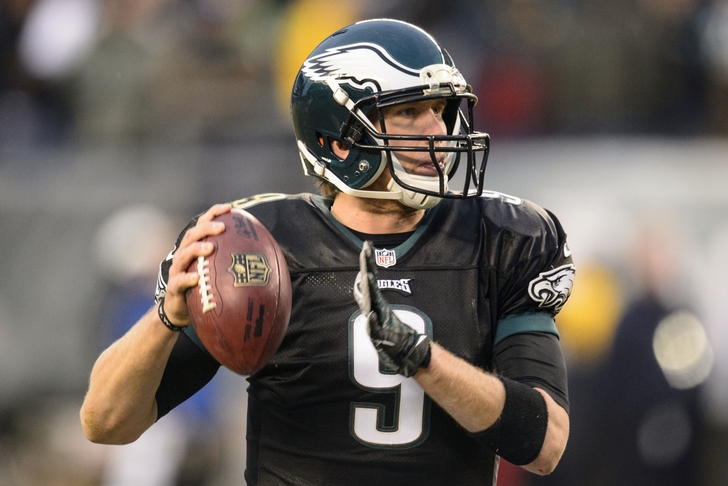 Two preseason favorites to win their respective divisions locked horns on Monday Night Football, as the Indianapolis Colts (0-1) looked to bounce back from a tough loss in Denver as they hosted the high-flying Philadelphia Eagles (1-0).

Nick Foles and the Eagles' offense struggled to start their Week 1 matchup with the Jacksonville Jaguars, but scored 34 unanswered points in the second half to secure a 34-17 win.

Riding The Running Game: After an early field goal by the Eagles to open the scoring, the Indianapolis Colts put on an impressive display of power running in response. RB Ahmad Bradshaw bounced outside for a huge 29-yard gain to set Indy up in Philly territory while RB Trent Richardson added four hard-nosed carries of his own.

QB Andrew Luck would then use Bradshaw in the passing game to seal the deal, hitting him for a 5-yard gain and an easy 1-yard TD to lead the Colts to an early 7-3 lead.

Keeping Up The Pressure: While the offense continued to chip away at the Eagles' defensive front seven (adding another field goal to make it 10-3), Indianapolis' front seven wreaked havoc on Philadelphia's attack.

After a promising drive that ended with 38-yard Cody Parkey field goal going wide left, Philly could not get the running game established on their next touch as LeSean McCoy and Darren Sproles were held to just 10 yards on four carries. At this point, 20 minutes into the game, the Eagles' rushing attack had been held to just 14 yards on eight carries.

Philly's Red Zone Woes:  On three of their first four drives (spanning to the 6:36 mark in the second quarter) the Eagles had advanced to the Colts 14, 20, and 4 respectively - with just six points to show for it. Questionable play-calling inside the red zone (i.e. running straight at the Indy defense on drive four) had turned what could very well have been a 21-10 Philadelphia advantage into a 10-6 deficit.

Running To Daylight: Anyone who though that it would be "the Andrew Luck Show" in Indianapolis this season was likely surprised on Indy's last drive of the first half. Bradshaw and Richardson were involved on seven plays (six rushes for 26 yards) of the Colts' 10-play, 58-yard TD drive (finished off by a two-yard TD pass from Luck to Jack Doyle) that pushed the Indianapolis lead to 17-6.

An interception of a Nick Foles deep ball by Indianapolis defender Greg Toler ensured that same advantage for the Colts at the half.